Yo-Yo physics: Practice the science that make yo-yos so much fun

When I was in fifth grade, I was almost in a yo-yo commercial. Looking back now, I wonder if knowing the physics behind yo-yoing would have helped me land that commercial. Who knows? Maybe I’d be a famous actress – or yo-yoer – by now.

It was a simple stroke of luck that I was even considered for the commercial to begin with. I wasn’t one of those kids who went out on casting calls or anything like that. But one of my classmates was going to be in this commercial, and his mom thought, since he and I were the same height, we’d yo-yo well together, I guess. 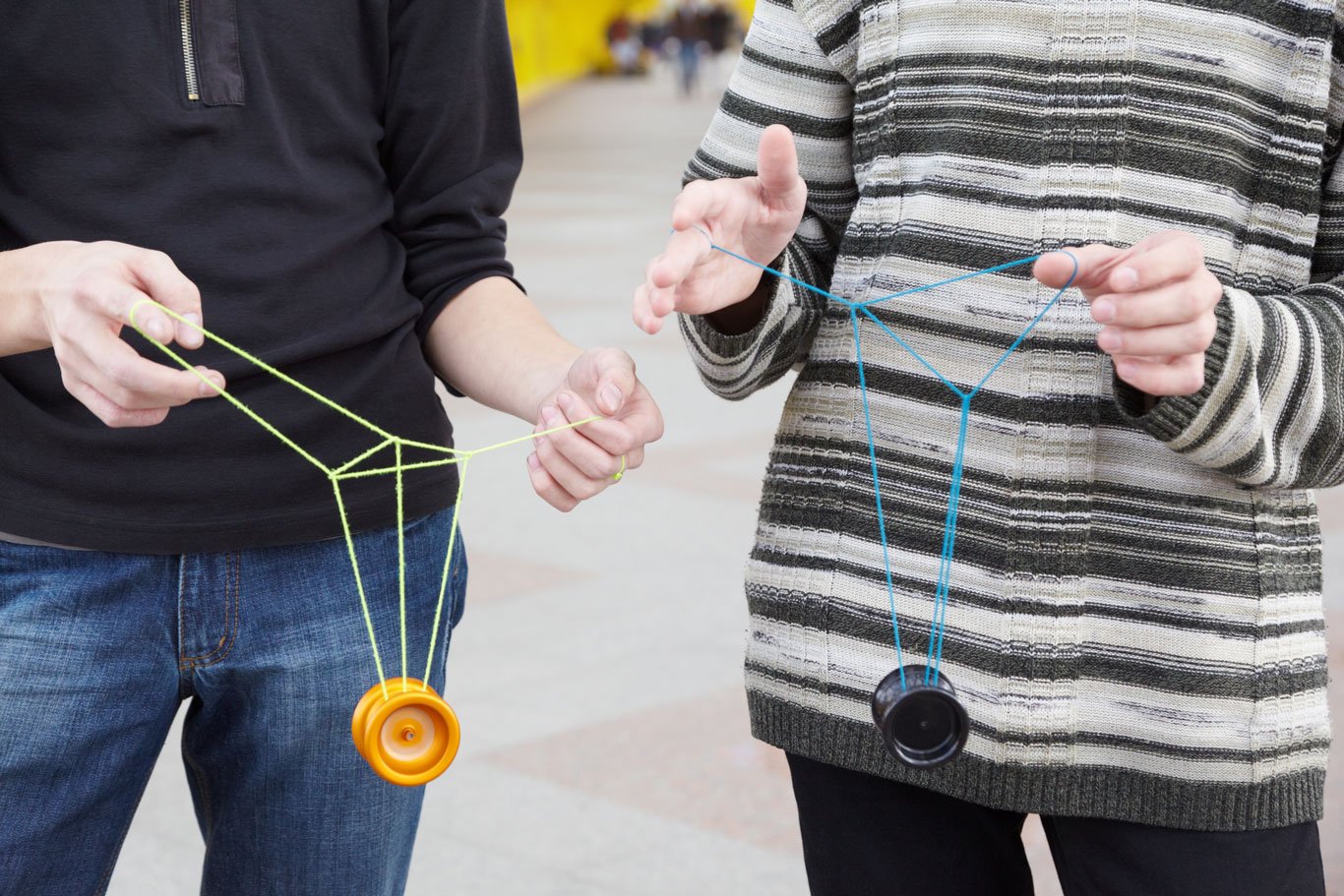 We didn’t find out about the opportunity until the day before the commercial, so that night, the commercial director came to our house with a yo-yo. I was so excited! This, I thought, was how I would be discovered. He talked me through what was going to happen and asked me to do a few of the basic yo-yo tricks: Walk the Dog, Around the World, and so on. And that’s when it all fell apart.

I knew about yo-yos, even knew how to make them work. But most of my free time was spent playing football, basketball, soccer, and baseball with my brothers and other neighborhood kids. I hadn’t devoted much time to practicing yo-yo tricks. And, although these were pretty basic tricks, I struggled to master them. The director told me to keep practicing and come to the park near our house at noon the next day for the commercial. I practiced until my parents made me go to bed. By then, I was pretty confident I had, if not mastered, at least learned the few tricks I needed for the commercial. I had even memorized the few lines I had.

Unfortunately, the director didn’t share my confidence. By the time we got to the park the next day, I had already been replaced. So much for my acting career. Rumor (aka my brothers) has it that the girl they replaced me with was much taller than my classmate and they kept getting their yo-yos tangled. Not sure how true that is, but I never did see the commercial.

I haven’t really tried to use a yo-yo since then, National Yo-Yo Day was June 6, and that has me inspired. Perhaps it’s time I tried again. . . . 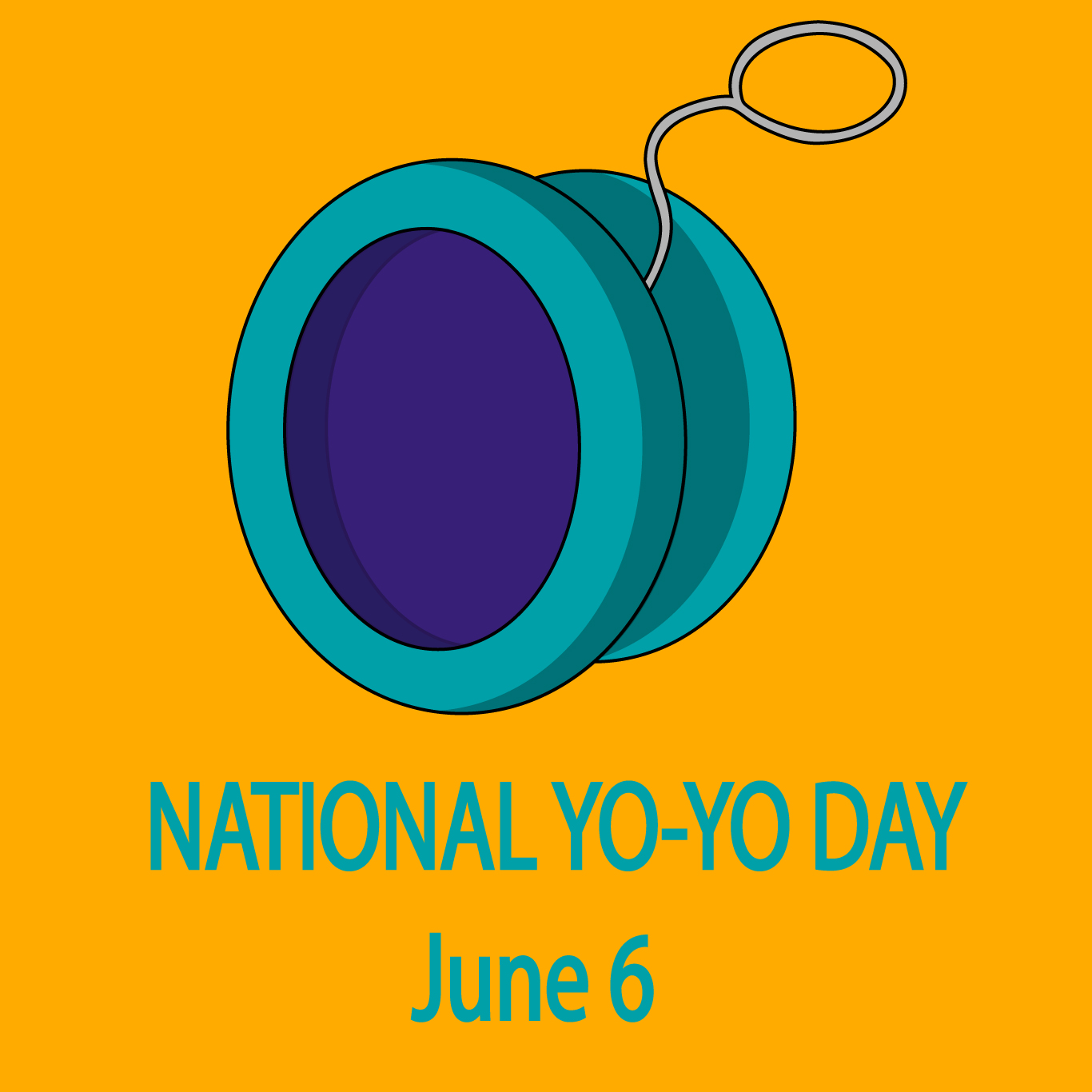 Where Did Yo-Yos Come From?

There is no clear consensus on where the yo-yo originated, but most accounts agree that a man by the name of Pedro Flores first brought the yo-yo from the Philippines to the United States in the 1920s and opened the Yo-Yo Manufacturing Company in Santa Barbara, California. Later that decade, Flores sold the company to Donald F. Duncan, who trademarked the yo-yo name and rebranded it as the Duncan Yo-Yo. Since then, the yo-yo has evolved to include versions that have ball bearings and internal clutches, making it easier to do tricks much more complex than the ones that stumped me.

Nowadays you can find expert yo-yoers doing a whirlwind of tricks in demonstrations and competitions. There’s even a National Yo-Yo League. But yo-yos are more than just a toy. For teachers and science enthusiasts alike, the yo-yo offers a perfect way to study simple physics concepts.

The Yo-Yo: ‘An Energy-Converting Machine’

Regardless of the type, all yo-yos demonstrate the conversion of potential (stored) energy into kinetic (moving) energy. When the yo-yo is resting in the palm of your hand, its string coiled around the axle, it contains potential energy. Release it, and you have now turned that potential energy into kinetic energy. Even more interesting, the climbing up and down of the yo-yo on the string means it’s constantly changing energy from potential to kinetic. Pretty cool, huh? 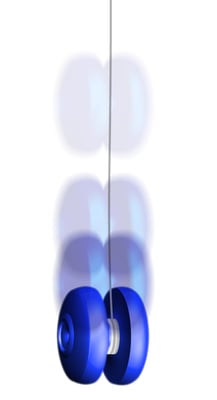 Resistance Is Futile . . . Sort Of

While resistance might be futile when it comes to Star Trek’s Borg, when it comes to yo-yos, resistance, though it comes into play, can be dealt with by a continuous tugging on the string. This resistance comes in the form of friction, or air resistance, as the yo-yo wheels rub against the surrounding air. Yo-yo masters learn to work with this resistance, using it to slow down their yo-yo for certain types of tricks, such as Walk the Dog, and fighting against it to keep their yo-yo spinning faster. In fact, some yo-yos contain a centrifugal clutch, which works with friction to make the yo-yo behave differently depending on its speed.

I don’t know if understanding all those concepts would have improved my yo-yoing skills. (I was pretty bad.) But it certainly would’ve made playing with yo-yos more interesting. And combining physics and yo-yos can definitely make science more interesting!

Try out some of these fun yo-yo STEM experiments and activities in your own home:

Give it a try and let us know in the comments below how it goes.