T-Bot®: a STEM activity that stands for something

Nobody here at Pitsco quite remembers for sure, but legend has it that the T in T-Bot® Hydraulic Arm stands for team.

It makes sense. The four syringes that drive the robot’s hydraulically powered movement can be held and operated separately. Each syringe affects a different axis. This naturally lends itself to several possibilities for problem-solving activities with multiple students. With a group of four students, give each student a syringe, assign the group a pick-and-place task, and watch all four communicate, cooperate, and think critically to get the job done.

Now, as a new version of the T-Bot debuts – version 3.0 in fact – that T seems to suggest other possibilities. 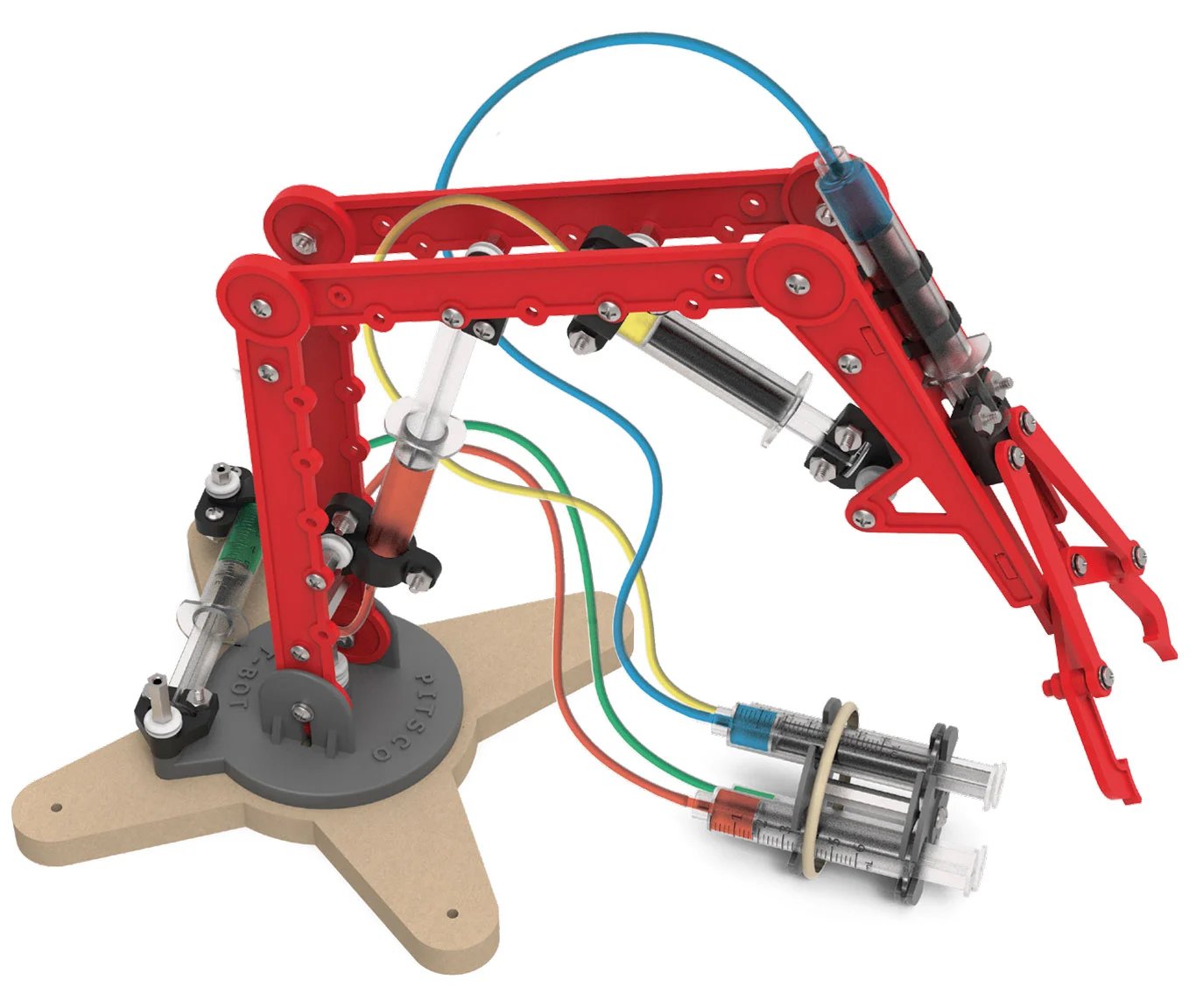 Time honored. Tradition. Or, perhaps, tried and true. The Pitsco T-Bot is a classroom classic for teaching hydraulics. And the fundamental concepts haven’t changed at all. It is still a primo, reasonably priced tool for introducing learners to one of the most important and enduring technologies in world history. (Truly! The ancient Greeks, Romans, and Persians were all early hydraulics innovators, using fluid to do work.)

The T-Bot makes comprehension of the physical principles very straightforward, one might even say transparent. The clear plastic tubes are filled with water, which we strongly suggest tinting with food coloring. This makes it easy to follow the flow of force from thumb to plunger to liquid to the eventual movement of the arm at one of its four axis points. The connections could not be clearer.

But enough about the ways the T-Bot already excelled. If you’re considering an upgrade to the new version, you want to know the ways it has improved.

The first thing to say is that today’s T-Bot is constructed of molded acrylic plastic and metal screws rather than wood and glue. The wooden models operated well, but wood can break, and it isn’t easy to repair wood. That isn’t likely to be an issue anymore. Maybe that T stands for tough. 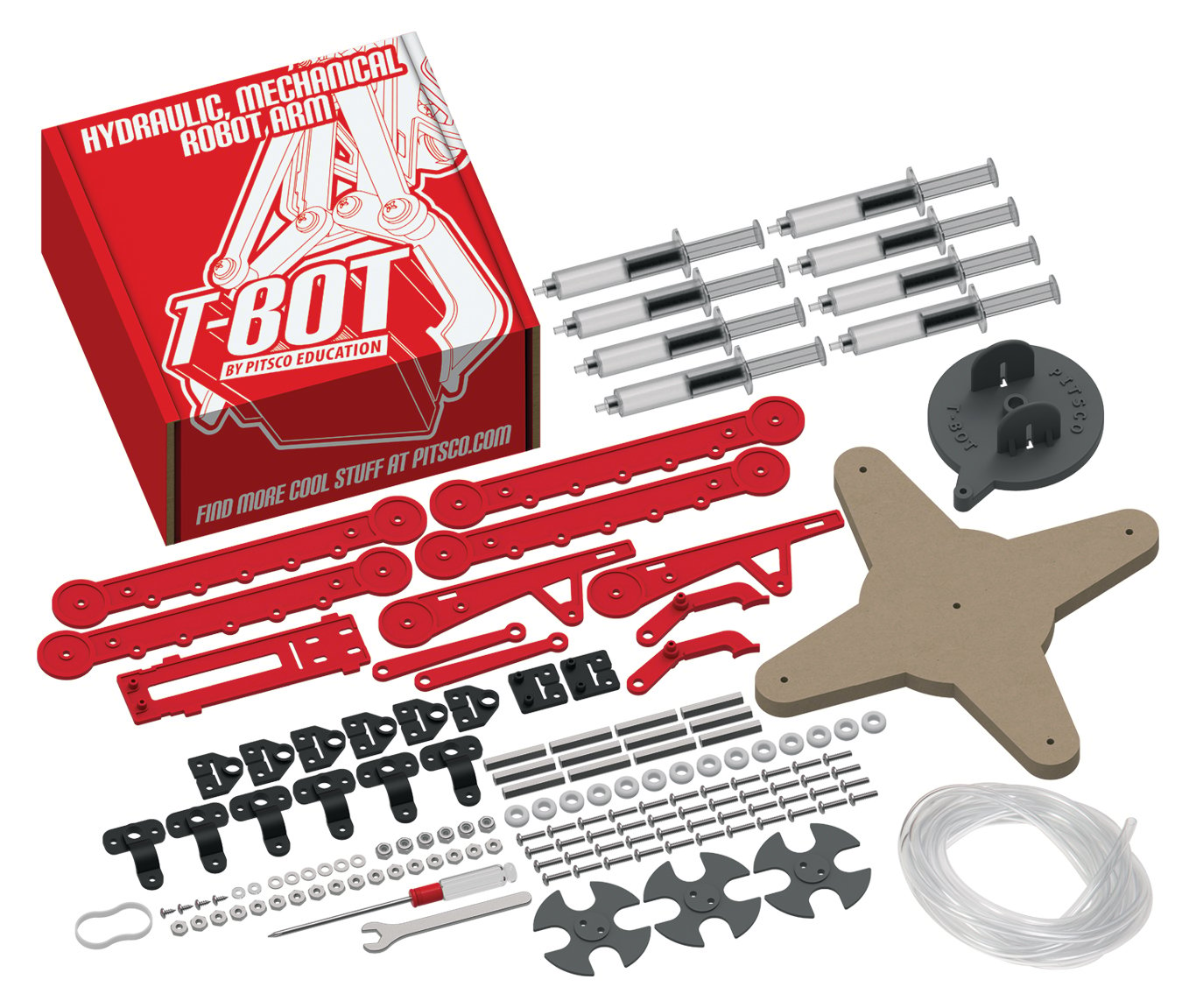 The use of screws as fasteners instead of glue enables users to choose the axis points to test the leverage at different configurations or transform its work envelope.

And, you will find the support for T-Bot to be quite thorough. The T-Bot Elementary STEM Activity Guide is available for free in digital format, or a print version can be purchased here. A complete builder’s guide makes assembly easy. Not to mention the teacher’s guide, chock-full of lesson plans and additional resources.

And the best part of teaching your students about hydraulics is that they will begin to see this technology at use everywhere they look – from car brakes to gas pumps to theme park rides to heavy lifters such as cranes and backhoes. This is really an activity where engagement in the classroom translates into appreciation and awareness of the world around them. At the end of the day, that is what the T-Bot is all about. 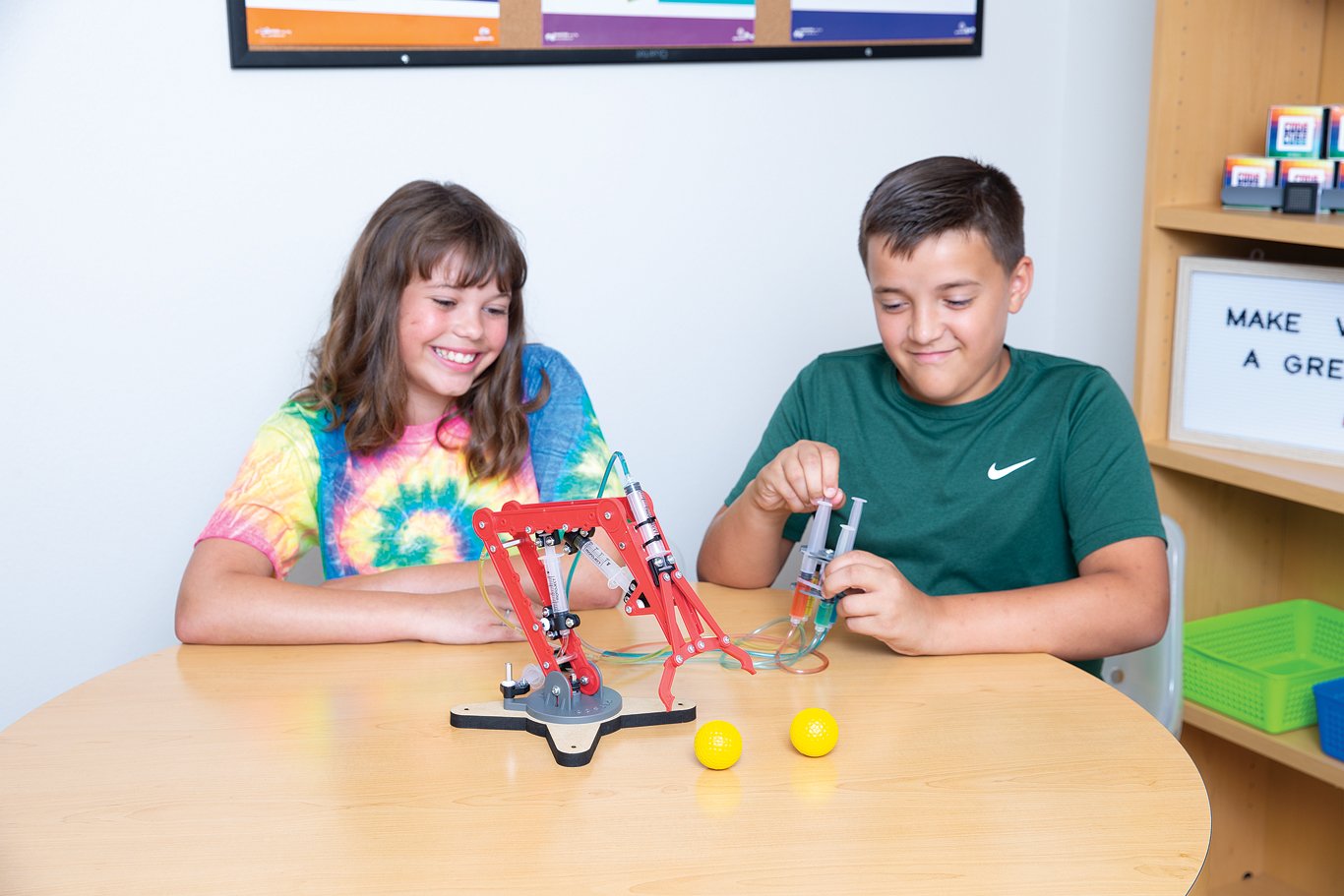