The physics of basketball and bracketology

The March Madness craze begins soon. People have already started creating brackets to figure out who will be the best team in college basketball. With all this basketball on people’s minds, it’s a good time to look at some of the physics, math, and art behind the most exciting sport in March.

The first and most important element of the entire sport is the basketball. The ball hasn’t always been the bumpy ball we use today. When teams first started playing, things like soccer balls were used. If you picture a soccer ball, you realize it’s far smoother than a basketball. 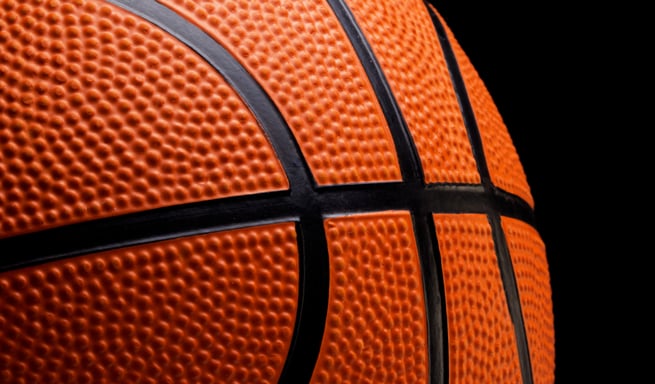 Players had trouble dribbling or passing the ball because it would slip out of their hands. So the ball was made bigger, and bumps were added to make the ball easier to hold on to. The bumps cause more friction between the ball and the player’s hands, and the friction makes the ball easier to handle. With bumps added to the basketball, actions such as dribbling and passing are easier. Both of these actions have elements of physics.

The simple act of dribbling the ball highlights each of Newton’s three laws. When you start to dribble:

The more force applied to the ball at the beginning of the dribble, the higher the bounce. The height of the bounce is also affected by the surface being dribbled on and the air inside the ball. If the surface is denser, less force is transferred away from the ball, and the ball bounces higher. The most common basketball surface in a gym is maple wood because it has a high density rating and high shock resistance, which helps with bouncing and athlete safety when jumping. The ball has far less bounce on a soft surface such as carpet.

The air inside the ball helps with the transfer of energy. When the ball hits the ground, the air inside is compressed. The energy in the compressed air pushes back in the opposite direction of the force and causes the ball to bounce. This is why a ball with less air won’t bounce as well.

When passing the ball, players must always compensate for gravity. You normally aim to pass the ball to someone at chest level. If you try to pass a ball straight to someone’s chest, you will probably hit them lower than intended. This is because gravity is constantly forcing the ball toward the ground. To compensate for gravity, the trajectory of a pass is usually above the intended target.

The same compensation for gravity is present when you shoot the ball. With the basket positioned 10 feet off the ground, a straight shot won’t ever make it into the hoop. When shooting a basket, you apply an upward force to the ball and gravity brings the ball back down. The initial force you apply to the ball along with the force of gravity is what gives your basketball shot that pretty arc similar to a parabola. Every shot in basketball is a little taste of geometry, and the best shot that applies a little bit of geometry ends with an always-satisfying swish. 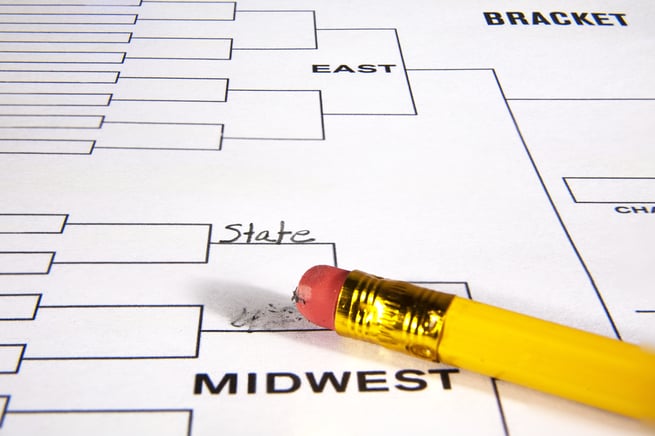 So, we can’t talk spring ball without including the infamous March tournament bracket.

Some might say picking the right outcomes in the bracket is an art. Others might contend it’s a science and that you can apply engineering and statistics to selecting your top teams. One example is the University of Illinois’ analytics-based approach.

With a little creativity, you could even use basketball to test some physics lessons in class. A simple activity could be to vary air pressure in a basketball and test its effect on the bounce of the ball.

Or check out these ideas:

With a little imagination, you could easily turn the hype around basketball during March into an exciting hands-on STEM education experience for students!