Dipping into the science of tortilla chips

We’ve all been there. The basket of chips and that little bowl of salsa arrives on the table, and before you know it, it’s devoured, and your table is asking for a refill (maybe before you’ve even ordered your entrées). In fact, there’s a meme about how self-control is abandoned when chips and salsa are served. This hasn’t been formally researched by us, but I think we can confirm the meme’s validity based on repeated informal experiments (i.e. personal experience).

So, how’d we get here? What’s the science behind tortilla chips and their popularity?

There’s a bit of a debate as to when tortilla chips originated and who invented them. But before we can chip into that, we’ve got to go back further, way, way back to the creation of the tortilla. Food historians place its origins in 10,000 BC, or at the very least 3000 BCE, high in the Sierra Madre Mountains in Mexico. Mesoamerican peoples created thin corn discs or cakes from ground corn. And then in the 1520s, Spanish conquistadors, including Hernán Cortés, spread them to the new world. It was the Spanish that gave these corn cakes the name tortilla, which is based on the Spanish word for cake, tort. And flour tortillas were introduced when wheat was brought to the New World. (Chapala and What’s Cooking America)

Now, as to who invented tortilla chips: two parties claim the honor. First, Rebecca Webb Carranza, the president of El Zarape Tortilla Factory. In the late 1940s, Carranza is rumored to have cut up some misshapen discarded tortillas from her family’s factory and fried them up for guests. After the chips were such a hit at the party, El Zarape began selling them up the California coast (LA Times). Jose Bartolome Martinez, owner of the Tamalina Milling Company, is the other party seeking credit for discovering the chips, but most believe Carranza is the originator. It was her 10-cent bags of tort chips that eventually helped catch the eye of Frito-Lay (possibly via Disneyland). Frito-Lay took the notion and began mass-producing Doritos, or “little golden things” in 1966, eventually leading to the beloved nacho-cheese flavor in 1972. Doritos were the precursor to the now infamous Tostitos, which were created in the mid-1970s to provide a more authentic Mexican-style chip (CNN).

How They’re Made – Chip Chemistry

So, we know where they come from, but how are they made? Again, it’s back to the tortilla itself. Corn tortillas are the result of a chemical process called nixtamalization. “The technique dates to around 1500 BCE and involves cooking corn kernels with an alkaline substance, like lime or wood ash, which makes the dough softer, tastier, and much more nutritious” (thanks to the release of niacin) (Science History).

The basics: The corn is softened because its hull is broken down – the pectin and hemicellulose in the kernel walls are dissolved – making the hull easy to rinse away. Then, the pectin left inside the kernel gets gummy and holds onto the water, creating a gel. This gelatinization of the starch allows the dough, or masa, to form. More specifically, long chains of pectin molecules grab onto each other, a phenomenon called cross-linking, forming a mesh of pectin that holds onto water and binds into a gel (Cooks Illustrated). This moist masa dough can then be flattened into tortillas, though resting the dough before pressing allows for a better texture. Then, tortillas are heated on a griddle to finish the process. 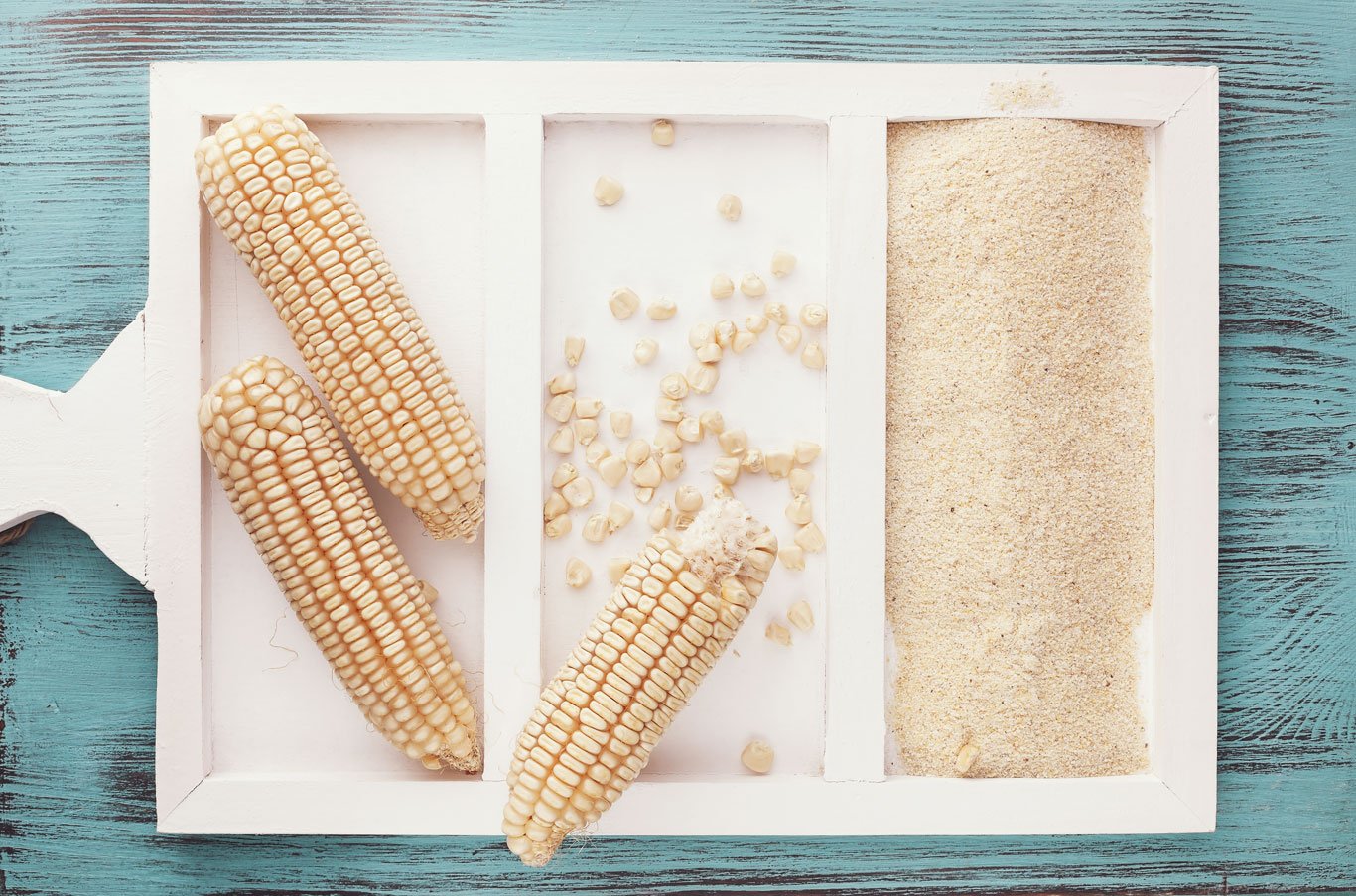 To make chips, tortillas are cut into triangles or pieces and then fried in oil. The primary difference between the tortilla chips you find in the stores and those you make at home or often find in a restaurant is the level of nixtamalization that occurs. “The nixtamalized corn that goes into supermarket tortilla chips is cooked for significantly less time, so its starch absorbs less water. Its gelatinized hull is completely removed, not just partially, and the end result is a lighter, drier dough and a crunchier chip” (Cooks Illustrated).

The frying of the chips is critical to their texture. In the case of frying, there’s some science that gives us our best chips. Here’s the scoop: When the tortillas are dropped into the hot oil, there’s an immediate explosion of bubbles and sizzles – this is actually steam caused from the water in the tortillas escaping very quickly. Vaporization is an important step because it allows the oil to be absorbed at a surface level, replacing the lost water but also creating somewhat of a temporary reduced temperature barrier, allowing the tortillas to cook without burning (Huff Post). And, if that oil absorption has you worried, tortilla chips actually absorb minimal oil during the frying process because they’ve already been cooked once during nixtamalization.

What Matters Most – Chip Texture

Texture is a huge part of the snack industry and the appeal of eating said snacks. How do you describe the texture of tortilla chips? Are they crispy or crunchy? And, yes, there’s a difference according to experts at Texas A&M and other industry specialists. 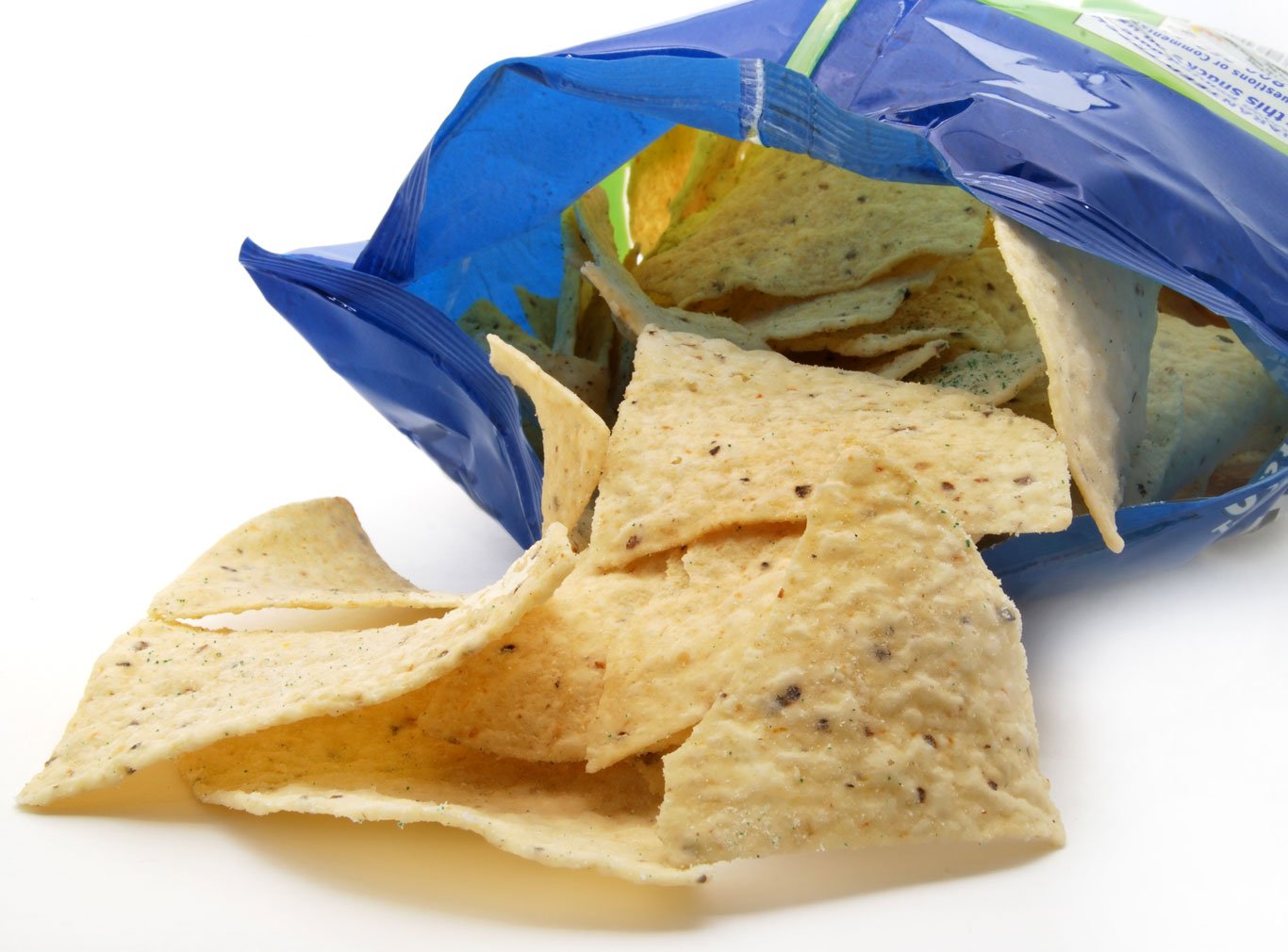 Led by Lloyd Rooney, PhD, A&M scientists use incredible technology, mathematical models, and hands-on experiments to analyze texture as well as all aspects and processes of tortillas and tortilla chips, including the effects of raw ingredients and oil temperatures. Rooney has been studying tortillas and tortilla chips since the mid-1960s. Rooney is credited for volumes of work and hosting hundreds of workshops for the tortilla industry.

The difference could be heard in the words “crispy” and “crunchy” themselves: “Crisp things have many small breaks, and it goes, ‘Ch-ch-ch-ch-ch-ch.’ Cris-p. Crunchy has fewer breaks” – here she made a noise with her throat. “In French it’s crispant and croquant. Most cereals are crispy, especially Rice Krispies, except if you have oat clusters, they’re crunchy.” Some foods can have both qualities: Tortilla chips, Civille said, “are on the cusp of crispy and crunchy.”

Cassandra McDonough, Dr. Rooney’s longtime research assistant, spent significant energy studying the fat properties and oil absorption of chips in the 1980s. During that work, and since then, she “was also able to see what made chips crunch, namely, their air-cell walls collapsing. ‘Something as simple as an air-cell wall – that’s what makes it crunchy and not dense,’ she said. The company that sells a good chip, she said, is essentially selling air; the crispier and crunchier the chip, the more the eater will eat” (Texas Monthly).

Chips + Dip = Nothing Better. For most people, that’s an equation that adds up every time. But, even after all this research, there seems to be a gap in information. It doesn’t seem as though the perfect chip-to-dip ratio has been identified. Scientists have not proffered a formula for optimum tastiness while maintaining the chip’s integrity.

The ultimate snack foul is double dipping, mostly because it’s gross. But that’s not just an anecdotal aversion; science supports this stance. A team of undergraduate researchers at Clemson University completed a series of experiments to test how much bacteria is transferred from the eater’s mouth to the dipper to the dip.

They initially tested with water as the dip but then tested salsa, cheese dip, and chocolate dip. They “found that in the absence of double dipping, our foods had no detectable bacteria present. Once subjected to double dipping, the salsa took on about five times more bacteria (1,000 bacteria/ml of dip) from the bitten chip when compared to chocolate and cheese dips (150-200 bacteria/ml of dip). But 2 hours after double dipping, the salsa bacterial numbers dropped to about the same levels as the chocolate and cheese” (Science Alert).

Connecting to the Classroom

As we’ve said before, we write articles like this in hopes to connect STEM to trending pop culture and to inspire interest in different areas of science. We also hope it possibly triggers your own curiosities and ideas for exploration in your classrooms or after-school or co-op programs. How about a double dipping science experiment in class like this one? 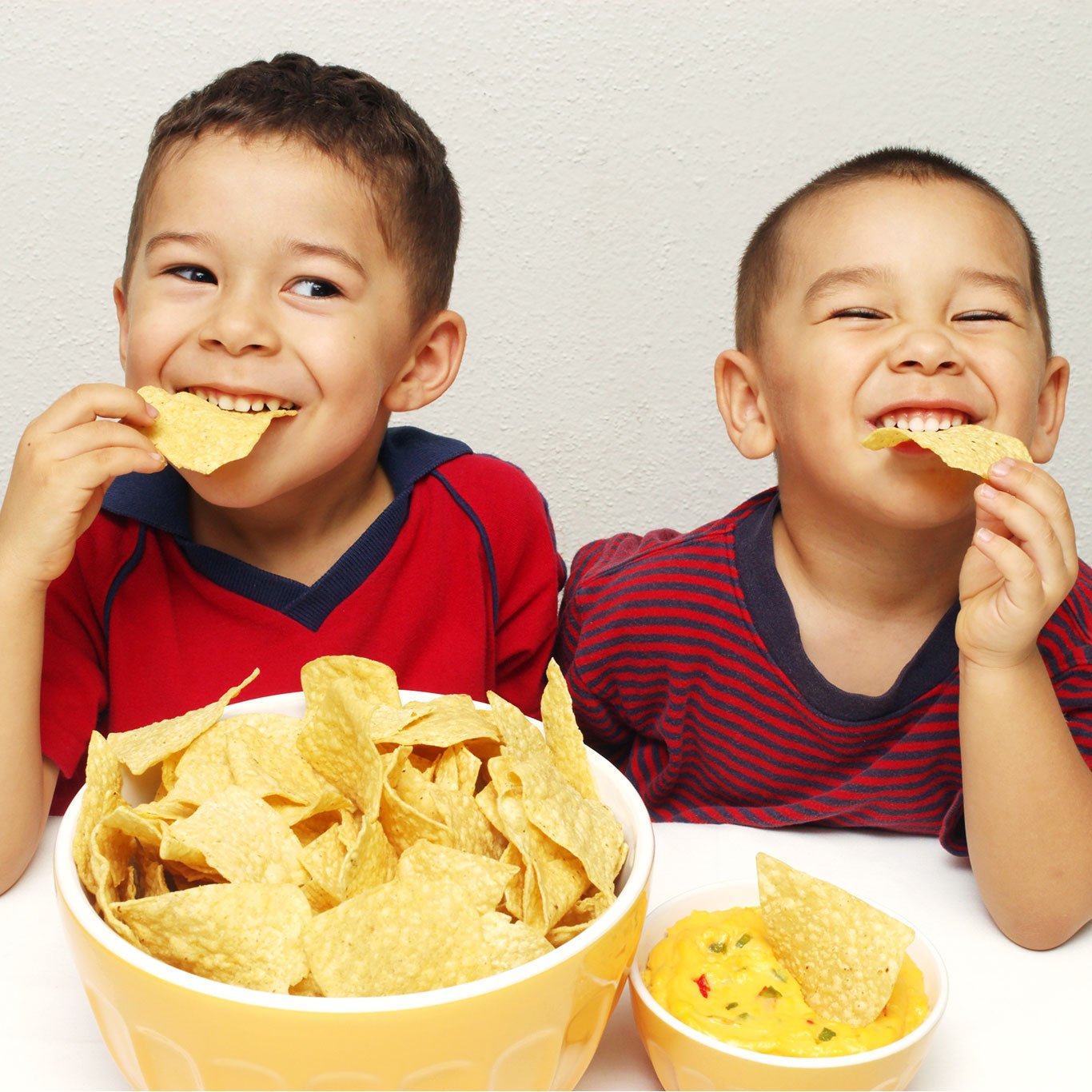 What about exploring the ratio question further? Or a taste testing of various tortilla chips through which students can explore the process of setting up a study, tabulation, and subjectivity? We’d love to know if you do more with this or other food science activities. Let us know below or tag us on your pictures in your social posts.