Blow your class away with a kite activity!

I’d be willing to bet you started singing that. The people in the movie Mary Poppins knew how to have a good time when they were all flying kites at the end of the movie. Seeing as how March to April is the windiest time in the US, now is a perfect time to do some kite-related activities outside!

A kite normally consists of a very light frame with thin material that flies in the wind using an attached string. Even though it might not seem like it, the four forces of flight that would normally affect an airplane also affect a kite. 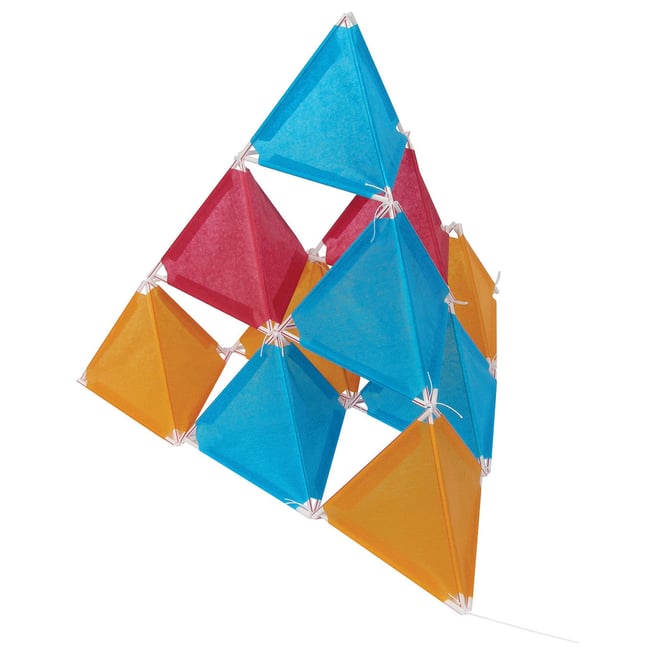 A fun activity to do with kites is to test the force of lift for different kites. Have students build kites of different sizes. You could have an everyday kite, a KaZoon Kite, and a 10-cell KaZoon Kite. After students build each kite, attach a spring scale to the kite string while it flies. Hold the spring scale to determine the lift of the kite while it’s in flight and record the results. Determine what caused the variation in the recorded data.

Another good experiment that you can do with varied kites is to have students test the full performance of their kites by recording time in air and length of string. Place students in pairs and have them fly their kites. While one student flies the kite, the other records the data. Record how long the kite remains in the air, and when it returns to the ground, measure the amount of string used during the time the kite was flying. Have students record observations and do a redesign to see if their distance and time in the air can be improved!

The windy weather is a perfect time for kite flying. We also happen to have multiple products and activity guides, such as the KaZoon Kites Teacher’s Guide, that are here for the exact purpose of combining learning with the fun of kites. Get some string, make a kite, head outside, and whistle some Mary Poppins while the wind sends your kite soaring!