Spooky. Scary. Silly. Ghoulish. Gross. Halloween has many forms. And nobody makes it seem simpler or more real than in the movies, but how do they create the scary?
Magic? Well . . .
Science? Absolutely.

In honor of Halloween, we’re diving into Hollywood’s special effects bag of tricks. It’s going to be a treat!

No scary scene is complete without fog, haze, mist, or smoke. But how is that scene set?

While smoke machines are widely available and used now, the most basic, and long-standing, way to create a quality fog is with dry ice.

Blood is a must in most horror flicks. And surprisingly enough, this squeamish-inducing substance is usually made from simple mixtures or ordinary ingredients from the kitchen.

Shrieks. Footsteps. Sharp sounds. Striking chords. Sometimes the music is creepier than what’s on or off screen. You’re probably imagining some classic scary sound right now, something à la Psycho or Jaws. In short, the dissonance and nonlinear sounds are what give us those goosebumps.

In the Middle Ages, the tritone, or augmented fourth tone, became known as the Devil’s interval. For example, it’s the interval between A and E-flat or D-flat and G. Want to hear an example? Check out the opening violin chords of Camille Saint-Saëns’s “Danse Macabre”. Some say this devilish name was supposed to be a warning to musicians to not play the unconventional composition rather than to forbid the chord. Regardless, it sounds eery (Medium).

“What makes it so uncomfortable to listen to? It can all be explained with physics. In any two-note chord, each of the individual notes produces a sound wave with a distinct wavelength. This sounds nice when those two sound waves meet again [at the end of their wavelengths]. This combination of two waves then creates a new regular pattern. But the two notes that make up the tritone or Devil’s interval have incompatible wavelengths. They don’t meet. Instead of creating a new regular pattern, they form a dissonant sound” (Medium).

But when it comes to making movies sound scary, it’s more than just the notes and music score itself. A UCLA professor of the Ecology and Evolutionary Biology department, Daniel Blumstein, has published “two studies (in 2010 and 2012) that suggest that our response to ‘scary’ sound is very much biological – and that all these composers and movie soundtrack producers have been tapping into instinctual emotional responses when they create spooky music. Blumstein and his team of researchers noticed that the nonlinear chaotic noise made by distressed baby animals – harsh, screeching, unpredictable sounds meant to get the attention of their parents – also caused emotional distress in humans. Nonlinear sound is discordant, disturbing, and harsh to human ears” (How Stuff Works).

So, there you have it; we can’t help but be on edge.

Are you afraid of the dark? Darkness is a technique often used to create drama and suspense in movies. But how do filmmakers use lighting to make a scene scarier? “The common theme amoung all of these different lighting methods is that they all obscure or distort reality in some way” (No Film School).

Techniques to Obscure:
Obscuring through lighting doesn’t hide anything, but it does conceal or create a gap in understanding, which creates tension in a scene and for the audience. 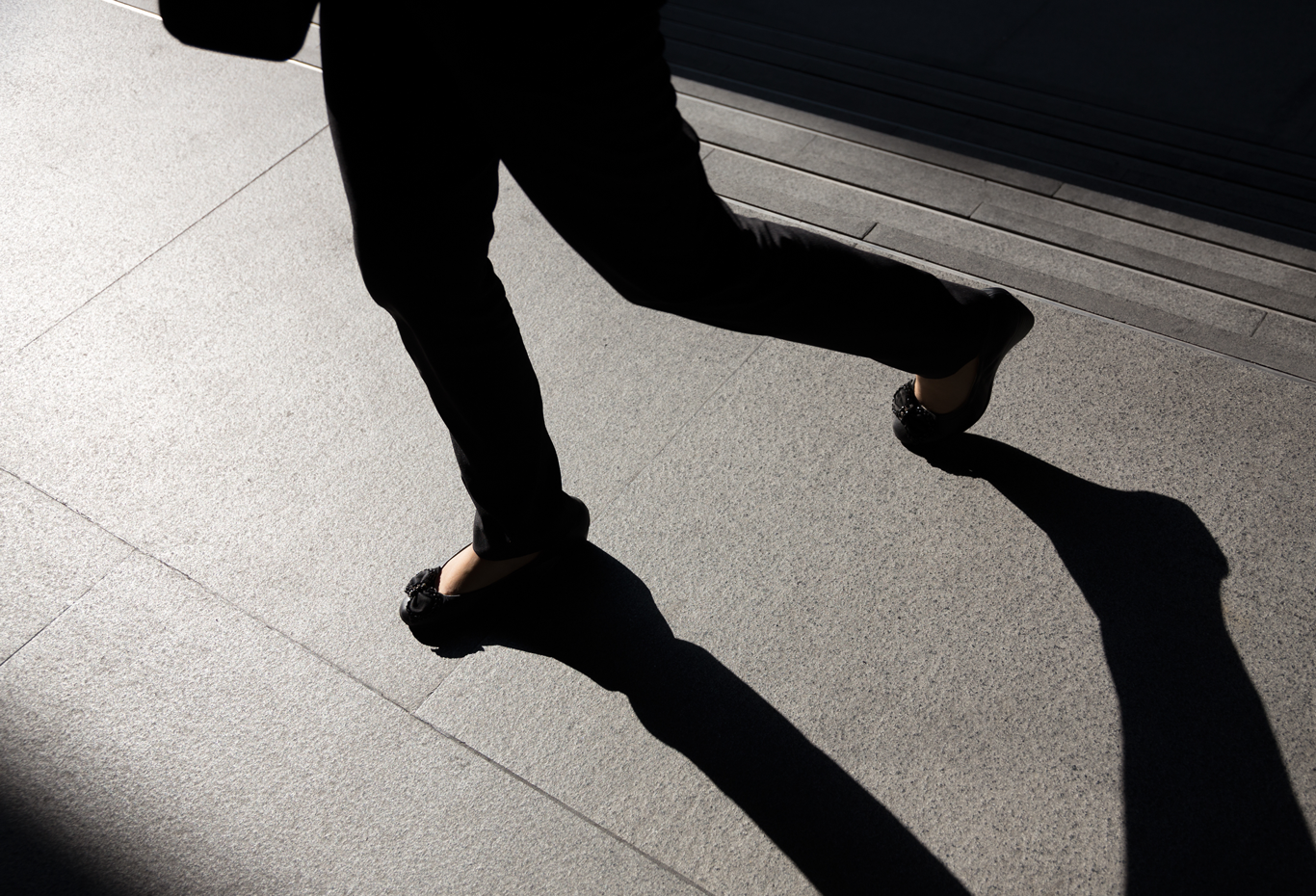 Techniques to Distort:
Distorting through lightng allows filmmakers to play on the unknown and make the audience wonder what's behind the darkness.

Many scary movie purists will tell you the best special effects are those that are practical, like the ones we’ve listed above. And while visual effects of all sorts have been and continue to be present, we live in a digital age, so CGI has recently started making its way into the genre.

CGI is often used to complement other effects or when a scene or shot is really wide (think King Kong or Jurassic Park). Many of the most recent scary shows and films have been created with a combination of practical effects and CGI. For example, in the Netflix hit Stranger Things, “the demogorgon that the characters face off with is a man in a meticulously designed costume, but with the help of CGI, the monster becomes realistic and frightening. The details of the demogorgon are amplified — the reptilian texture, the sliminess of the skin, the inhuman movements” (Kadenze). 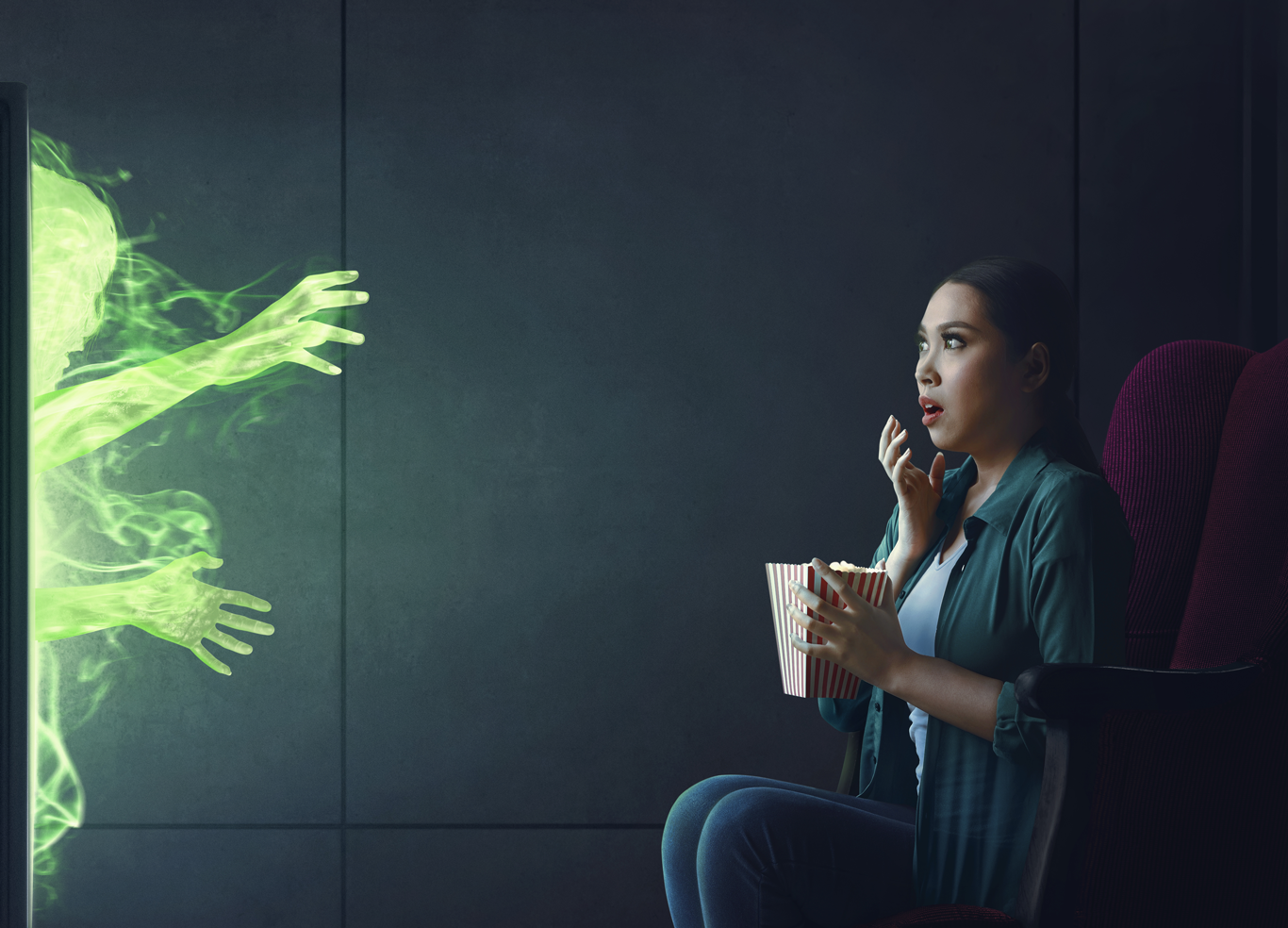 As it turns out, there are about as many special effects and techniques as there are scary movies, leaving us much more to learn! But as they say, we “ain’t afraid of no ghosts” because we know it’s science (and technology) lurking in the shadows.

Have another ghost story to bust or hauntingly good trick to reveal? Or maybe some spooky science lessons from class? Let us know in the comments! 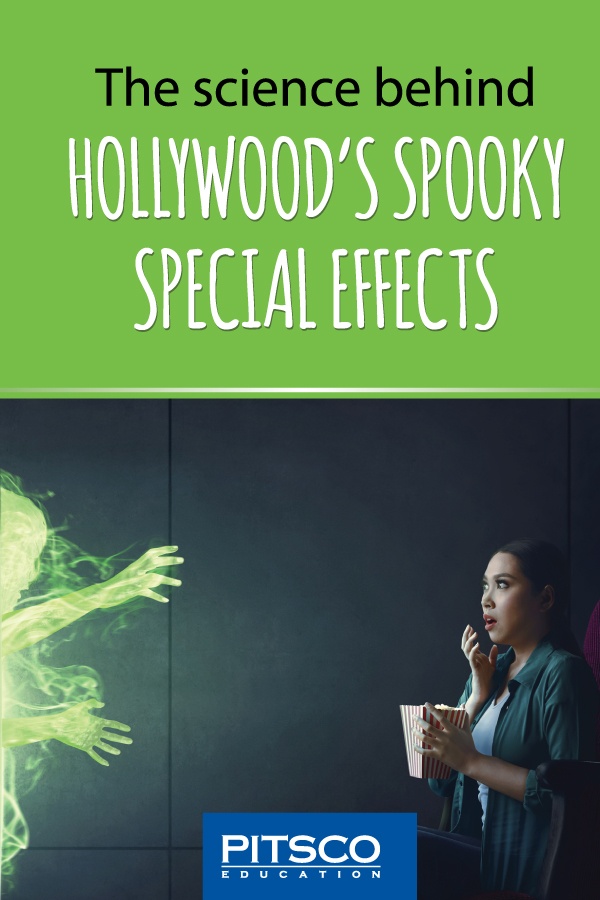