Summer camp has been part of young peoples’ lives for decades, where they create memories, build camaraderie, and learn skills that they carry with them for life. But today, summer camp doesn’t have to be about camping as there are many different camps available – and STEM-focused camps continue to gain popularity!

While STEM camps have amazing learning potential and can broaden students’ horizons, they must be fun and engaging to compete with carefree fun and play in the sunshine.

To get this perfect combination of fun and learning, summer camp organizers have a big job on their hands. So, for those of you who are getting ready to tackle the camp season, we’ve talked to three different people who have run a variety of camps, including robotics, curriculum-based, and activity-based STEM camps. Their tips and insights will help you become a summer camp guru, no matter what kind of camp you’re planning!

Robotics are hugely popular, but a robotics camp requires a lot of know-how to build and code a robots in a large group. Matt Snyder, robotics mentor for the St. Louis Student Robotics Association, along with his partner Dr. Robin Lady, have experience running robotics camps and are planning two different camps this summer.

The first is more like the traditional, like the camps they've done in the past, where kids will be using TETRIX® PRIME to build a robot and then programming the robot’s actions using an Arduino. The second camp is radically different: the duo will partner with TechShop®, a membership-based workshop that also holds classes for adults and young people. Campers will use laser etchers and vacuum formers to create custom parts and body shells for their PRIME robots, which must play offensive or defensive positions in a robotic basketball game that combines programming and remote control. 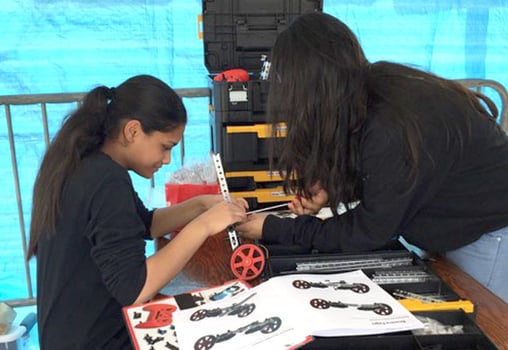 TETRIX PRIME proves a good choice for their workshops and younger students. “TETRIX PRIME is perfect for kids who just want to make robots and are not yet tool savvy. With any other robotics system, there is a barrier of working with tools. It’s a real impediment when you’re teaching robotics because you’re not teaching tools. You’re teaching specific mechanical principles and programming and logic and sensors. That’s why we love TETRIX PRIME, because you can do it without tools for the most part.”

Make Camp Worth Their While

Cara Baldtree teaches science in Salt Lake City, Utah, for Grades 3-6 and was one of our Pitsco Scholarship winners last year. Last summer, she implemented her school’s first STEM summer camp with several teachers. Her advice is to bring out the most engaging hands-on activities you can to encourage camper interest and participation.

For their camp, they had three days of rotating classes – electricity, light, and sound – and on the fourth day, students learned rocketry basics.

“This was the favored day for many students,” Cara said. “There is an almost magical component to launching objects and measuring the height or distance. In fact, the excitement carried over to our school science fair where some of those same students built differently shaped rockets and tested which design was the most effective.”

Take STEM From Class to Camp

A few years ago, Academic Dean Dr. Keith Rice oversaw a large-scale implementation of Pitsco STEM curriculum in UMS-Wright schools. To ease the transition to STEM-based Missions and Modules labs, the Mobile, Alabama, school and Pitsco Education reps came up with the idea of a summer camp.

The two-week program offered kids a chance to explore a Mission or Module that was in the classroom they would enter in the fall, while the teachers received hands-on experience facilitating the new hands-on curriculum. The following year, they offered a scaled-back version of the program. The private school is considering making a summer camp open to the public in the future. Keith sees a big plus for any student who can take advantage of summer camps.

“I think it keeps kids engaged,” he said. “They are naturally inquisitive and, frankly, I think a lot of kids get bored during the summer ­– though they might not admit that – and are looking for things to do.”

“Having an opportunity to just be curious and to have fun and learn to work together in a little less threatening or demanding situation, I think is a good thing,” he added. “[It’s] learning for learning’s sake as opposed to learning to make an A. That’s what happens a lot of the time during the school year.” 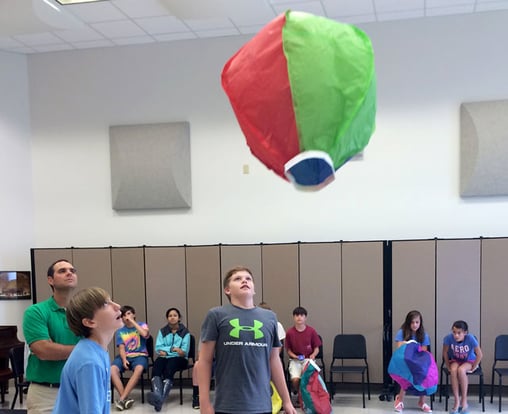 We love sharing tips from the experts like these educators, those with tried-and-true experiences. Follow their lead and you're sure to have a great camp this season!

And, if you're still looking for resources, check out our brand new Robotics Camps and STEM Camps guides. We've laid out sample camps and loads of product ideas.

ps Remember, summer camp is supposed to be fun! Planning for them should be too. Let us help!

TOPICS: BEYOND THE CLASSROOM, Camps