The Wright brothers took to the sky for their “first powered, heavier-than-air machine to achieve controlled, sustained flight with a pilot aboard” today, on December 17, 1903, in Kitty Hawk, NC (Smithsonian). This isn’t quite a national holiday or observed by the masses really, but it’s a day worth celebrating!

The Wright brothers’ incredible work was groundbreaking. Their research and engineering practices resulted in practical, revolutionary, and lasting methods and applications. They’re often considered the fathers of modern aviation. But did you know neither Orville nor Wilbur Wright attended college? Seriously, they had no formal education beyond traditional schooling. Wilbur didn’t even complete high school because of a depression-inducing injury. So, what propelled them forward in life?

They were mechanically inclined – tinkers and makers by nature. They followed scientific and engineering advancements closely. They were said to always have a project. Prior to flying on to the aviation scene, they published a newspaper and owned a bicycle shop. They were passionate about understanding how things worked and making things.

While they’re heralded for their aeronautical achievements, we can’t look past their dogged determination and commitment to this work. That passion, rooted in curiosity and refined by experience, helped them push past circumstances such as weather setbacks, persevere through numerous failed flying machines, disregard skepticism, and not settle. They didn’t stop with their 1903 design; they kept at it. “They surpassed their own milestone two years later when they built and flew the first fully practical airplane” (History). And, following that, when the US initially wasn’t receptive to aviation, the brothers headed to Europe and let their business of planes take flight there. 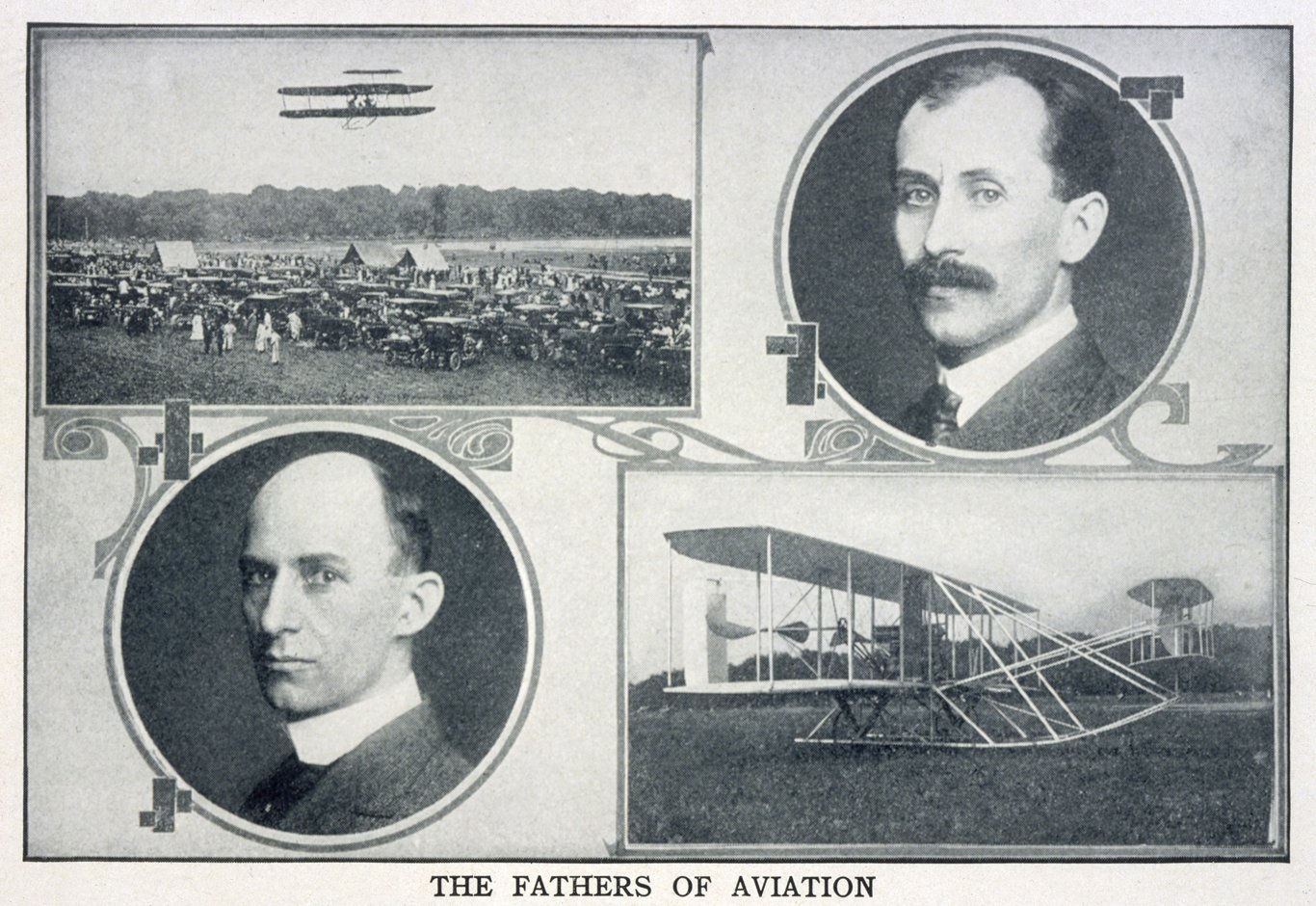 Any aviation-related holiday has a spot in my heart. I love all things aerospace; I have my entire life. I feel a bit of a kinship with the Wright brothers because of that but also because their success was driven by passion, much like my own.

Now, don’t get the wrong idea. I was no childhood prodigy, was not a math genius, didn’t get a college scholarship at the age 12; I didn’t change the course of history with an invention or do anything out of the ordinary. I was just an average student who made a mix of As and Bs after trying very hard. I was never the star student in a class, and I didn’t receive any scholarships to college. While I was a normal kid for the most part, there was something that took me until adulthood to understand.

And it’s what drives me still in my work at Pitsco. And I suspect, potentially, it drives the work you do in your classroom.

The Back Story: Developing Wings

For you to understand, we have to go back a bit. It started when I was about six years old. We lived about a mile from Grissom Air Force Base in Indiana. I was always fascinated watching the Boeing KC-135 and Fairchild Republic A-10 Thunderbolt II jets fly over my house. Upon leaving from an extended hospital stay at a children’s hospital in Indianapolis, my one wish was to go watch the airplanes at the international airport. I can’t say I will ever understand what or why, but something about flight captivated me from a young age. But this was not to be a fleeting interest.

In elementary school I never seemed to want to do the things that the other kids wanted to do. While other kids were playing tag outside, I was in the garage figuring out how I could build my own airplane and launch it from the street in front of my house. In case you are wondering, yes, I did try. Using 2 x 4 lumber and wagon wheels, I learned firsthand through failure the basics of thrust vs drag, weight vs lift, and airfoil shapes and aircraft controls. This was a good, but rather embarrassing and frustrating, beginning to an aerospace career.

During my middle school years, I started collecting college-level aerospace engineering textbooks. On family trips we would sometimes pass a university where I’d beg to go to the bookstore and have my parents buy me an expensive textbook that I couldn’t understand. They always thought this was a bit odd, but on many occasions they did it anyway. I still own most of those books. There was no way I could understand what was in them at the time as the majority of them are full of advanced calculus, thermodynamics, and mechanical engineering concepts. 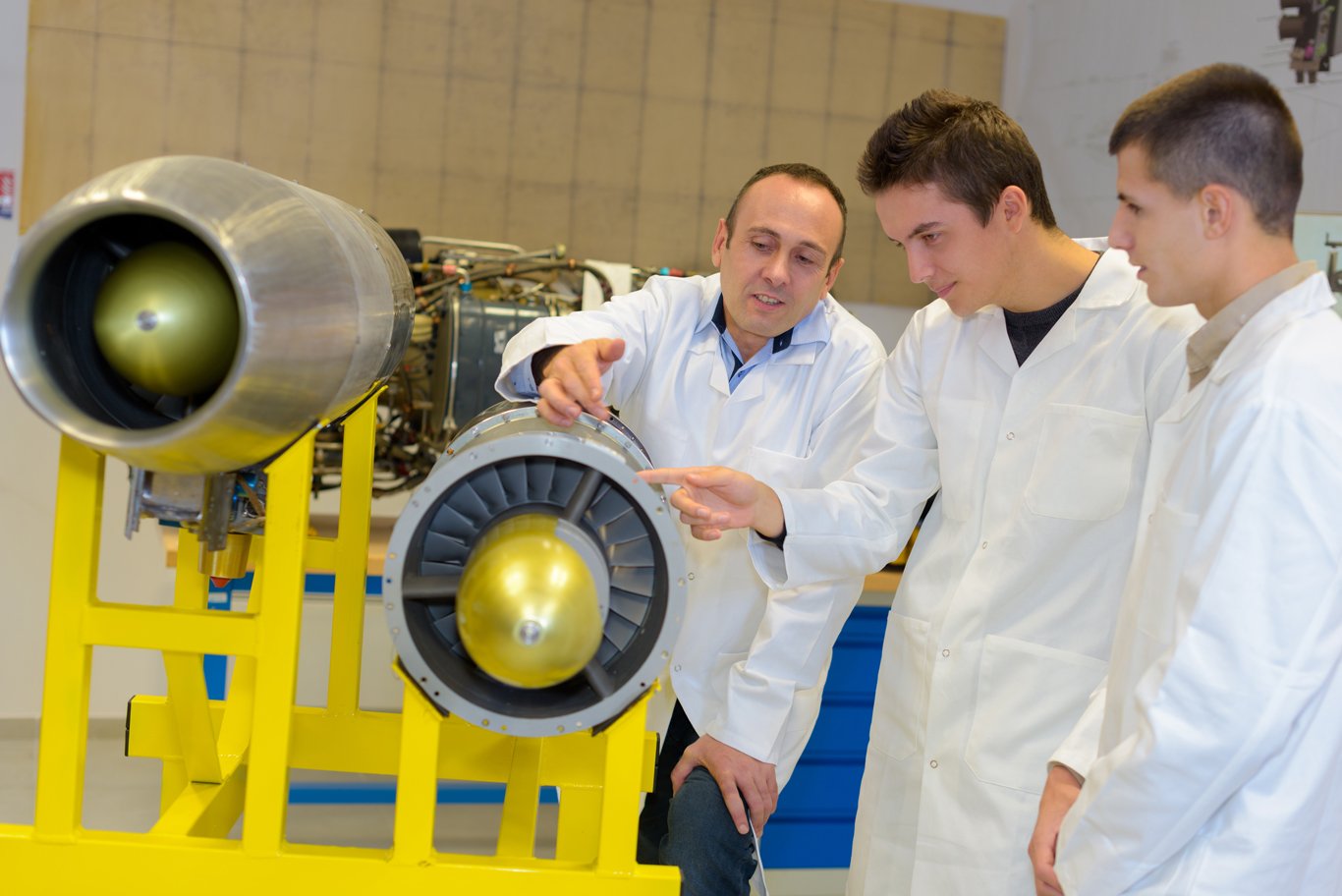 Why would I patiently study those books as a kid when I was such a long way from completing the education that would allow me to understand them? It made no sense to most people who saw it as just a cute oddity. It didn’t seem to matter; I poured through those books daily anyway. All of this eventually led me down a long and challenging path to earn my pilot’s license at age 17. After that I earned two degrees studying aviation and engineering in college, and then following graduate school I went on to become an engineer working for a major aerospace defense contractor. It wasn’t until this point that I finally realized what was going on during all those years growing up, trying to build an airplane in my parent’s garage. I was following my passion.

Passion in the Classroom (and Life)

You can look up the definition of passion, but for me it’s something that, no matter how hard you might try, just never leaves your mind. It’s something that you feel very strongly about and are willing to sacrifice for, even greatly at times. It’s what you think about or do in your free time. Passion organically spawns motivation, which directly leads to willing action. I’ve seen this cycle of behavior over and over in my life (and the lives of so many others). Passion – motivation – action. Repeat.

This type of passion is authentic. It’s not forced or coerced. But it can be developed. While it might originally be derived from something or someone else, it takes on a life of its own, becoming what would appear to many as a part of personality. Though it can be generalized into broad categories, passion is unique to the individual. (I’m not a psychologist or expert; this is just my life experience as a person whose career has been driven by passion as opposed to just going with the flow.)

What’s more phenomenal about this type of passion than anything else is its innate ability to motivate people to action. Let me rephrase – passion has an off-the-charts hunger and ability to drive an individual toward doing big things, even nearly impossible things. Passion was the ingredient I had but didn’t understand as a child. It drove me as a young boy to seek out what I was passionate about at times with great cost and against all odds. It drove me to pursue a career and start studying toward that career, even in the early years of my life when it seemingly didn’t make sense. It led me to have incredible experiences working on things later that I had dreamed about as a kid. It drove me to work harder to get there than I thought I was capable. 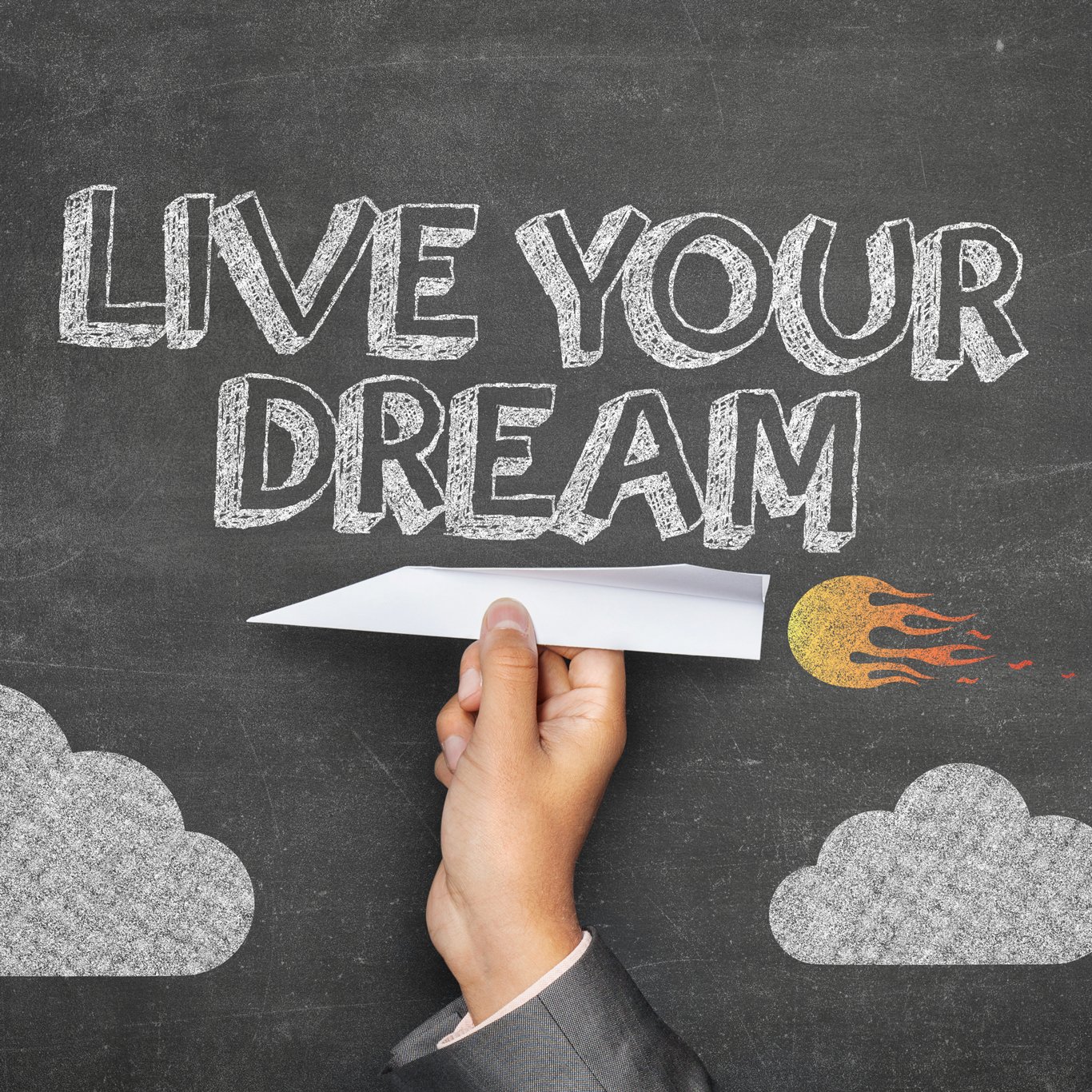 If I hadn’t pursued my passion, I wouldn’t have been confident enough and cognizant enough to make changes in my life. But my lifelong, passion-driven learning story doesn’t stop there. The story doesn’t even end with aviation. Passion has another interesting trait. It can shift. While flight and aircraft will forever be deeply rooted in me, at one point my vocational passions did shift to other fields. Again, it wasn’t forced or coerced. It just happened. But it was because of my experiences early in life that I knew what to do when something new hit. It was simple. I did just what I had always done. I studied and pursued it intensely at great cost and with great sacrifice. I learned. I was a programmer for Pitsco for almost 13 years, helping bring Pitsco.com to you, and now I lead our Video department. And, the best part, I took my aviation and engineering experiences and skill sets with me, building on them along the way.

Passion leads to learning and even teaches us how to learn. It has to out of necessity. With passion comes big (and small) goals, and learning is the only way to try, try, and fail your way to achieving them.

That tangible garage experience I mentioned before is what the hands-on, minds-on opportunity in your classroom might be for a particular student. It’s exposure to ideas, the ability to explore new things and possible life paths, and the safe place to try and fail. At Pitsco, we’re more passionate than ever to help you create a space where students can develop their soft skills, discover the grit they need in life, and obtain academic knowledge that will serve them well. It’s my personal belief that the best thing we can do for students is to help them find their unique passion.

Can you imagine if we all had the Wright brothers’ mentality? Fifty-nine seconds and 852 feet (the duration of Wilbur’s first flight) changed the course of their lives, American aviation, and our world. I’m so glad they were passionate. Cheers to living passionately the Wright way! 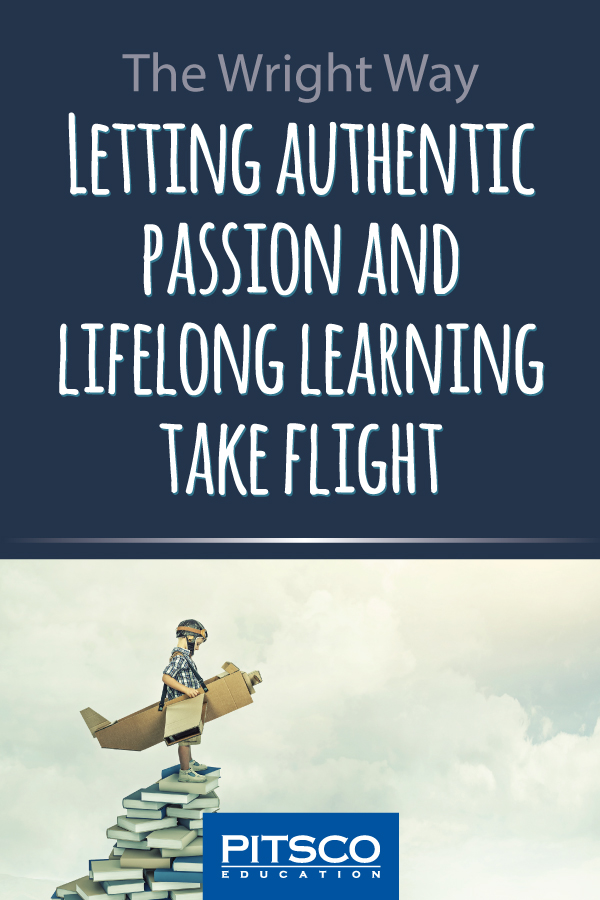 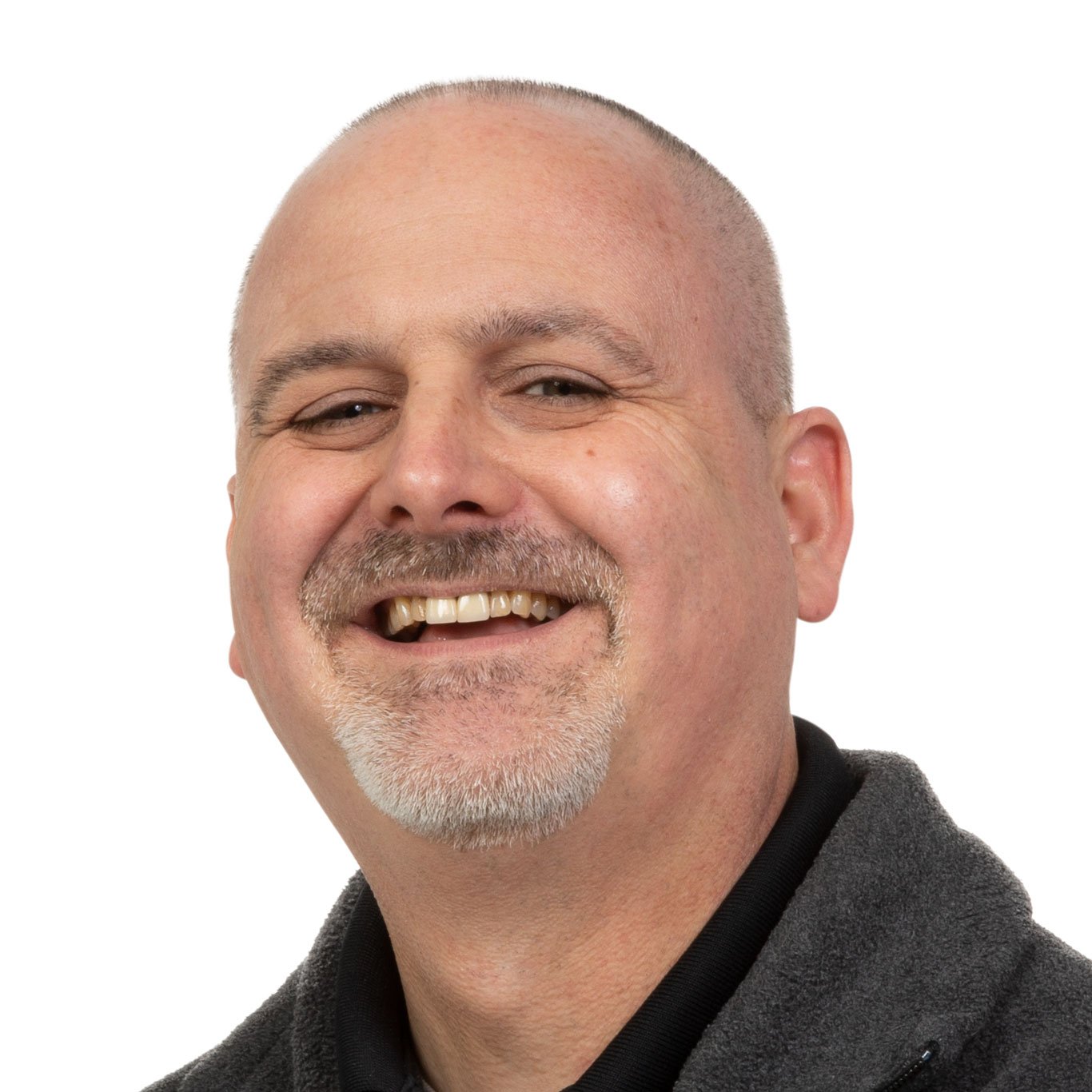 Hello. Besides the role of Video Production Manager at Pitsco, I’m the husband of a very supportive wife (who is a lot smarter than I am) and father to a very gifted son (who’s a lot taller than me). If there’s been one constant in my life, it’s been change. I’ve always loved to dive into the things that I am passionate about. I was blessed working with the F-16 and F-35 as an engineer for Lockheed Martin, starting a film production company, and writing code as a programmer at Pitsco, not to mention working in my current position with them. For fun I enjoy movies, eating, and spending time with my family.