The science of dogs: It’s more than puppy love

Are you a dog person? Or are you a cat person? If you’re all about the wagging tail, wet nose, slobbers, paw prints, and excited barks, this is your post.

Forty-eight percent of all US households have a dog (APPA). Dogs are often referred to as man’s best friend. But what makes them so lovable? As always, we’re digging into the science behind this subject as well as some interesting facts and stats about these fur balls.

Why We Love Dogs

We’ve been loving dogs for about 10,000 years now. That might sound like an exaggeration, but it’s not. Domestication of wolves began anywhere from 13,000 to 30,000 years ago primarily because of a partnership with humans for hunting; however, history shows a shift about 10,000 years ago. Dogs claimed a place of honor in society, and, at the very least, their spot as man’s companion. Egyptians buried their deceased pups in elaborate tombs and “dogs started showing up in our artwork and burial grounds. [In 2016], scientists discovered an ancient cemetery near Siberia’s Lake Baikal where 5,000- to 8,000-year-old dogs were buried right alongside their humans” (Washington Post). Dogs continued to prove their utility and further evolved in tameness and looks (including cuddliness) over time – the more mild, cooperative, and adorable they were, the more they were invited to be part of human life.

Another research effort in 2017 worked to uncover a reason for that bond and revealed the love between human and dog is mutual. “When humans and dogs look into each other’s eyes, both get a boost of the feel-good hormone oxytocin, which is the same hormone behind the special bond between new parents and their babies” (Huffington Post). And other research postures that we have developed an empathy to dogs based their animated facial expressions when they’re in the presence of humans and that we attribute this likeness to what we might do or see in a child (Nature.com and Daily Mail).

Furry Facts: Things You Might Not Know About Dogs 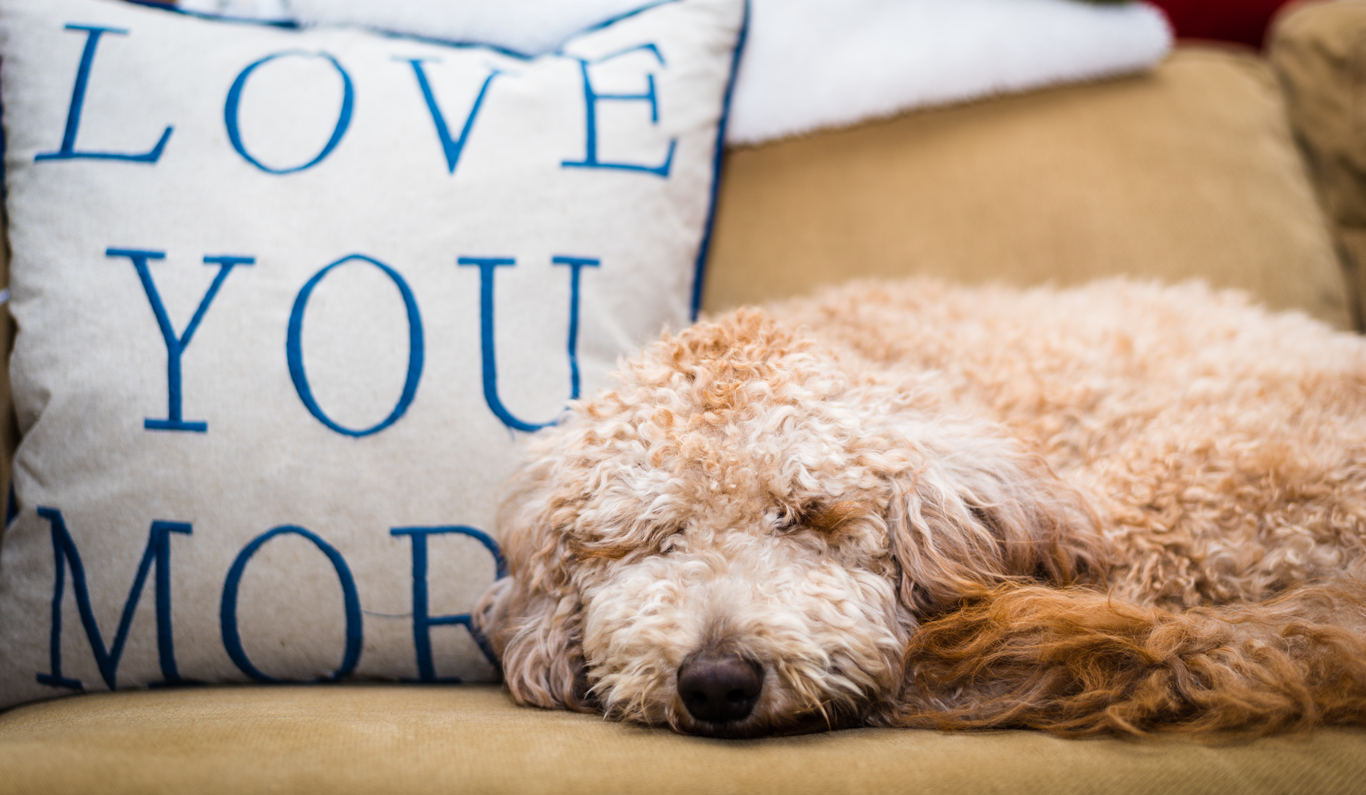 I know in my family, our dood and mutt, Garth the Goldendoodle and Shaggy Dog, are treated just like family. They’ve got more snacks and toys than most children probably do. They even have their own Instagram account and hashtag (yep, I’m that person! 😉). But, from these statistics, I know I’m not alone.

I think it’s safe say the connection between dogs and humans is definitely more than a case of puppy love.

Resources:
“Pet Statistics”
“Dear Science: Why do we love our pets?”
“Why People Love Their Dogs So Much, According to Science”
“Why you really can tell what your dog's thinking”
“Dogs have pet facial expressions to use on humans, study finds”
“12 Ways Pets Improve Your Health”
“The Truth About Dogs and Parks”
“How Your Dog’s Remarkable Nose Is Like a Fingerprint”
“The best dog accounts on Instagram to get your fluff fix”