Today is Star Trek Day, so let’s voyage back to a movie theater in 1984. Star Trek III: The Search for Spock is playing. It's a scene where Chief Engineer Scotty has traveled back in time and is trying to use a manufacturer engineer’s computer. Scotty sits in front of it and says, “Computer.” The computer doesn’t answer, so he tries to talk into the mouse. “Just use the keyboard,” the engineer says.

“The keyboard,” Scotty replied. “How quaint.”

Forty-three years ago, the idea of talking to a computer – or a pocket-size computer ­– was only the stuff of science fiction. Now, we have Apple’s Siri and Amazon’s Alexa and portable phones that are also mini computers. It’s easy to see that Star Trek has been a source of inspiration for engineers and technology creators. In fact, many of the imagined Star Trek tech gadgets seen as highly illogical by earlier generations' fans are now a reality. They have taken the challenge of Captain Picard’s catchphrase, "Make it so," and made a new reality for our world.

Where do we start? Inspiring six television series and more than a dozen movies, Star Trek has had a lot of airtime to give us ideas. From communications to advanced physics, we’re on our way to creating it all! 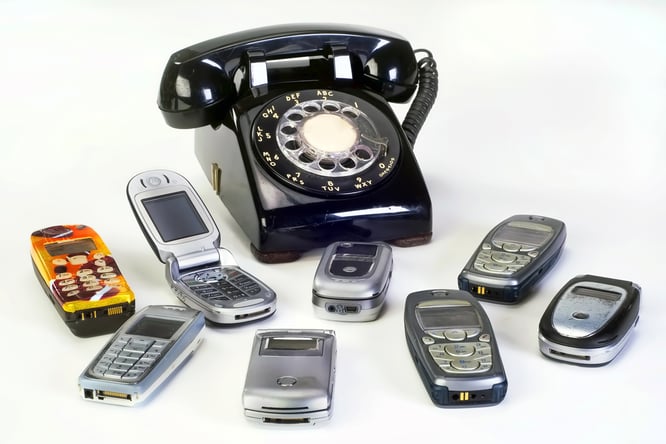 Instant digital communication is now a modern ability, so when older Star Trek fans saw flip-top devices that could be used to quickly contact others without cords or a rotary dial, it was definitely seen as futuristic. It doesn’t take an astrophysicist to see how these communicators might have been the inspiration for today’s ubiquitous cell phone. The Star Trek combadges are also much like Bluetooth devices.

The early Star Trek communicators, called telecommunicators, were also universal language translators. So is it any surprise now that you can pull out your cell phone, tap an app icon, and quickly translate another language? The communication devices on the shows and films were key to making a universe of diversity work together in a common plot.

Is this not the coolest of the cool? Who wouldn’t want to skip long car rides or flights to get where you are going? Just step into a transporter like Captain Kirk or Commander Spock, and a few fuzzy seconds later, you can be somewhere far away. For now, this is still a futuristic ability, but our level of physics and technology is starting to make this happen.

This August, Chinese scientists successfully accomplished quantum teleportation, or the transfer of the properties from one particle to another. They beamed photos from Ngari, Tibet, to China’s Micius satellite 300 miles above Earth. While we are far, far away from being able to transport a human or other living creature, the fact that it was done at all is historic.

With automatic doors now everywhere, it’s hard to believe that they used to be a novel innovation. And the fact is that there were automatic doors in the early 1960s; however, they were nothing like today’s or the ones seen on the Enterprise. The ’60s doors used pressure mats to signal that someone needed inside, and these doors were very slow. The spaceship’s interior doors were unique at the time because they sensed your approach and were open so you didn’t even have to stop.

These might seem fantastic even by today’s standards, but the US Army has created what is called the Active Denial System, which is a directed-energy weapon that fires a beam similar to those used by microwaves. This creates a feeling like extreme heat or being on fire; the idea is to use the weapon to keep people out of an area. While this new weapon is controversial, it is easy to see how it could have been inspired by the phaser, the standard weapon on the series. In the series storyline, this technology was created in the 23rd century. We might be innovating on a more rapid rate than expected even by dreamers like Gene Roddenberry.

There are other Star Trek technologies that are either a normal part of life or being developed now, such as cloaking devices (metamaterials that produce optical properties such as reflections and refractions), personal display devices (tablets), and replicators (3-D printers). On Star Trek Day, perhaps you might enjoy pulling out your personal display device and catching some favorite episodes!