Recently, we held a competition for our employees called Pumpkin Chunkin’. The goal was simple: design a catapult that could throw a pumpkin the farthest. For simplicity’s sake, we scaled this competition down to making catapults no larger than 1' x 1' x 1' and to throwing candy corn-size pumpkin candies, but the fun and design process was still the same!

The competition had seven fierce competitors, and these are their pumpkin-throwing machines in order of placement: 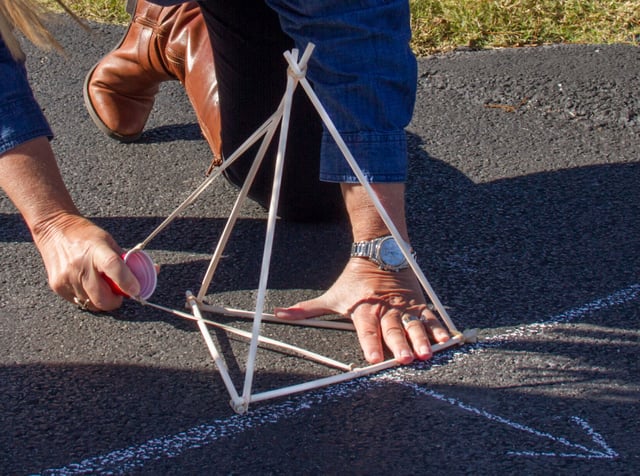 The, um, aptly named Loser came up short in the competition. This catapult with the fortune-telling name was built from dowel rods, rubber bands, and a mini plastic cup. While not quite a traditional catapult, it performed valiantly. 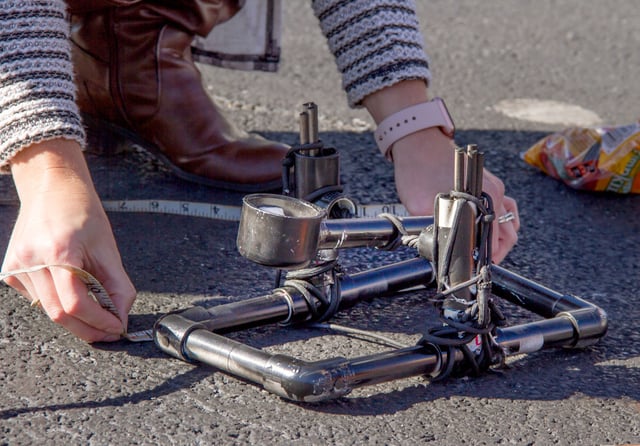 It was only a matter of time before someone used PVC pipe. Featuring a mix of PVC pipe, parachute cord, dowel rods, and a lot of pipe cement, the Evil Llama looked like it could get some distance on its launch. But as it turned out, there wasn’t a firing mechanism built into the launcher. It used human force for the energy transfer, which didn’t pack enough punch. 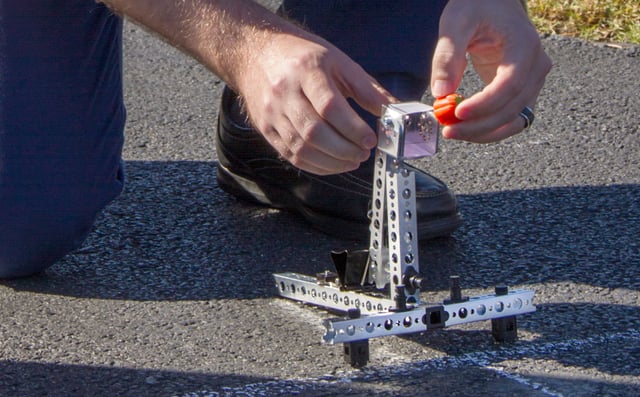 As sturdy as this catapult appears, built with wonderful TETRIX® PRIME pieces, it didn’t have the force it needed. The PRIME parts provided a sturdy frame, but the binder clip used as the launching mechanism lacked the force needed to blast past its competitors. 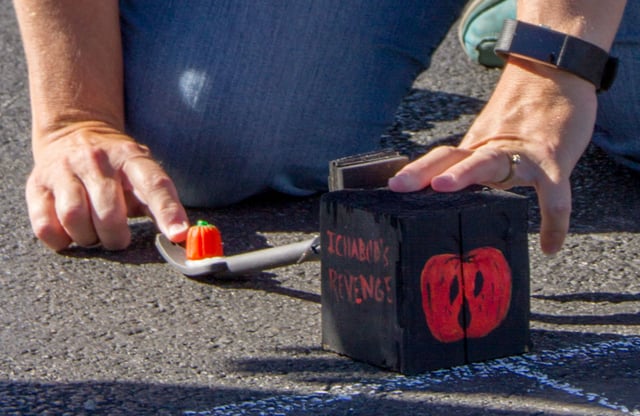 Clearly the most Halloween-inspired catapult, Ichabod’s Revenge had some spooky promise. Including a block of wood, one wooden back scratcher, Gorilla Tape, adhesive foam, and a mousetrap (a true Pitsco favorite), the items gathered to construct this catapult were regular household items. Unfortunately, the launch angle for the catapult was a little off, so the pumpkin launch couldn’t quite get the distance it needed. 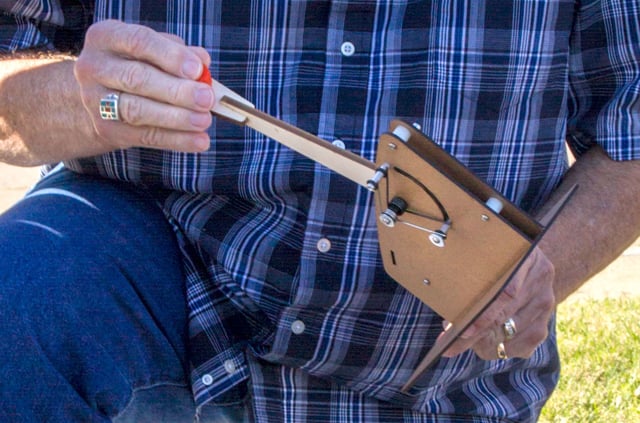 Sometimes it helps to be an engineer in the R&D department. This was the catapult with the cleanest design. Built with laser-cut basswood parts, screws, stand-offs, and two of the spring mechanisms from mousetraps, Ol’ Faithful looked like it jumped right out of the pages of the Pitsco catalog. Its launch was a clear step up from the previous competition. 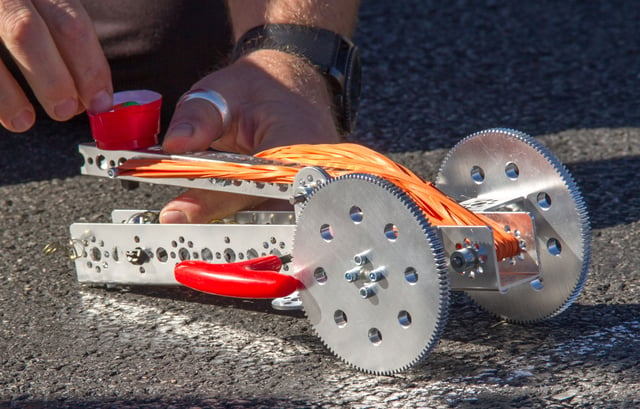 This is where the competition began to heat up. Named after the Major League baseball phrase “Give ’em the heater,” this catapult had a penchant for throwing fastballs rather than lobbing an object. TETRIX parts, rubber bands, a small cup, and a heavy coil spring were used to create this shiny competitor. The heavy coil spring packed more than enough potential energy to really get some distance from its launch. 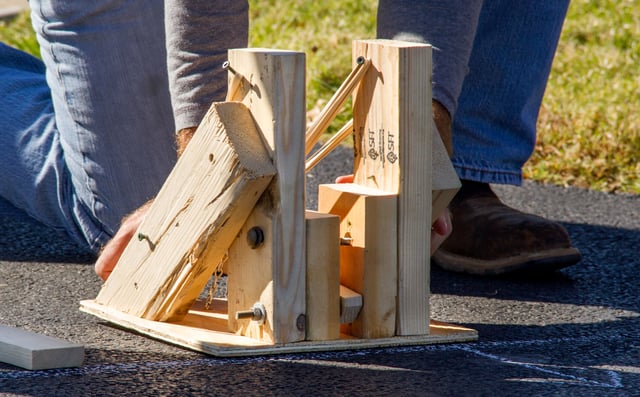 The clear winner, Scrappy, was a deceiving beast. Nothing about it looked remarkable, but it blasted past the competition. The creator pieced our winner together from discarded pieces of wood in her garage. Leftover chunks of plywood, screws, and a massive mess of rubber bands transformed into a pumpkin-chunkin’ monster. It launched the pumpkin with such force that the crowd of spectators initially lost track of the pumpkin until it landed. Scrappy is truly a pumpkin-chunkin’ champion!

A competition like this is a great activity to do with tiny leftover Halloween candy like we had or real full-size pumpkins! Students get to figure out the perfect design and have fun launching objects with their personal catapult. As you can see from the hardware our employees used, almost anything will work. Give this a shot with your students and watch as they design something spectacular.

Be sure to share your class’s results with us and tag us in your photos on your favorite social platform!