Persistence wins – with dragsters and in life

I was an industrial arts teacher in rural Missouri for many years. By nature, my classroom was hands on. But one of the most memorable and impactful programs we executed in class was to build and race CO2 dragsters. I discovered CO2 dragsters at the Four States Conference for Industrial Arts Teachers held at Pittsburg State University in the fall of 1976. Wow, that was a long time ago!

I implemented our dragster program right after that, and student engagement was very high. My students enjoyed building and racing dragsters, and they acquired or refined their skills using a drill press, a bandsaw, and sandpaper. Some of them had a lot of practice with sandpaper! 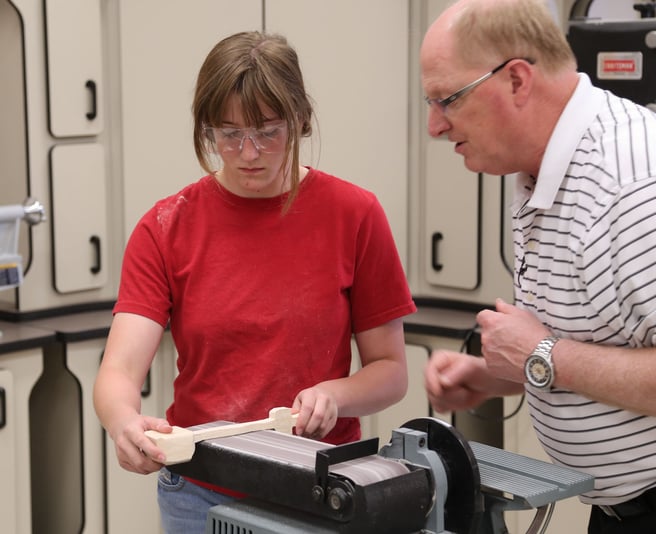 There were actually two industrial arts teachers, but I was the only one who had students working with dragsters. The other teacher wasn’t interested in allowing students to continue improving their dragsters in his class. He thought building a CO2 dragster didn’t require much skill. However, he couldn’t deny student interest and enthusiasm. So, he finally relented and provided some additional class time for them to keep making their designs better.

Students learned more than the design process during their preparation for race day. They learned the soft skills necessary for life – learning from failure, teamwork, empathy, and persistence. Occasionally, students worked on a dragster and then had something disastrous happen – for example, one student dropped his while getting off the bus and someone stepped on it. Those students came in early and stayed late to get another dragster built and ready to go by race day.

The first activity in our CO2 dragster program was to talk about the concepts involved in the cars. That usually led to students asking the science teacher lots of questions about acceleration. After the initial discussion about how the cars operated, we then had a deep discussion about the limitations placed on the dragster and the design. Students then went through the process of designing and building their own dragster.

When the cars were finished, they were carefully checked to ensure that all specifications were met. If a dragster was disqualified, students were given an explanation and were given a couple of days to make modifications to meet specs. When they were all complete and ready to race, the art teacher was brought in to select the best-looking dragster. The art teacher set the criteria for best design and construction.

Then it was off to the races, which was a big deal! Arrangements were made ahead of time with a PE teacher for use of the gym. The elementary PE students were allowed to watch the races, and excitement from the audience fed the program. Many of these younger students wanted to know when they could build a dragster.

Each car was raced individually and a time was recorded. The cars were then placed in a double-elimination bracket, and dragsters were raced until a class winner was determined. The last period of the day, arrangements were made with other teachers for the winners to come to the gym to race in the finals. 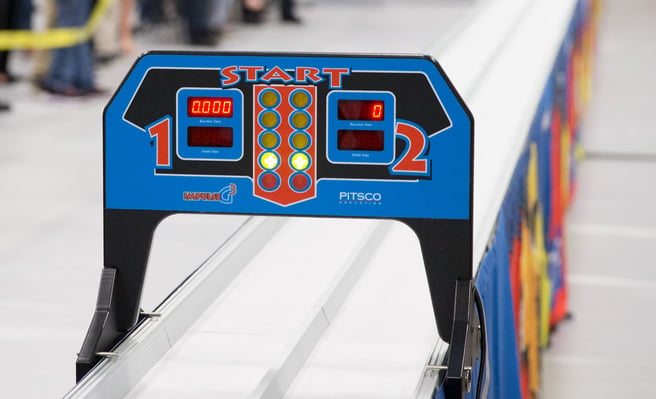 Some teachers ended up bringing their whole class to watch. The winners from each class were added to a bracket, and then the fastest cars from earlier in the day were added to fill up a 16-car double-elimination bracket. The cars were raced until we had an overall winner.

Each year I’d build my own car and challenge the winner to a race. Sometimes I’d work on a dummy dragster in class, but my official car wasn’t revealed to the students until race day. For several years, my dragster beat the winning student’s dragster. It was all in good fun.

But one student, Steven, was extra determined. He’d been one of the students who wanted to constantly make his dragster better and begged the other teacher for more time. He built his first dragster when he was in eighth grade and was the overall winner that year. As was customary, I challenged him to a race, he accepted, and we set up the dragsters and raced. My dragster won by several feet. He was amazed, thought that I cheated somehow, but was convinced he could build a dragster to defeat me.

I still see this young man occasionally around our small town. The challenge to beat my dragster has stayed with him. Several years after his high school graduation, Steven suffered a head injury after being thrown from a horse. His stick-to-it attitude and try-again approach carried over into his recovery from the injury. When we run into each other, he always says with pride, “I finally beat you!”

Persistence cannot be overvalued. And that has stuck with me. What we do in the classroom makes a real impact on the lives of our students and will lead them in the future. It’s so much more than dragsters.