Making the switch to Expeditions

PLACENTIA, CA – Doubt. Skepticism. Uncertainty. Complacency. Fear of the unknown. . . . All can be excuses for not changing curriculum.

And all can be barriers to progress.

Upgrades and additions to the STEM curriculum at all levels in PYLUSD have yielded promising results. Among the indisputably positive numbers are the enrollment figures in the district’s new middle-level Pitsco STEM Expeditions® labs.

“There was a huge demand from incoming sixth graders, which is probably why I have two sections of sixth graders,” said Mary Chapluk, Expeditions lab facilitator and science teacher at Travis Ranch Middle School. “They all wanted to take STEM, which is why my classes are the biggest they’ve ever been. They’re maxed out.” 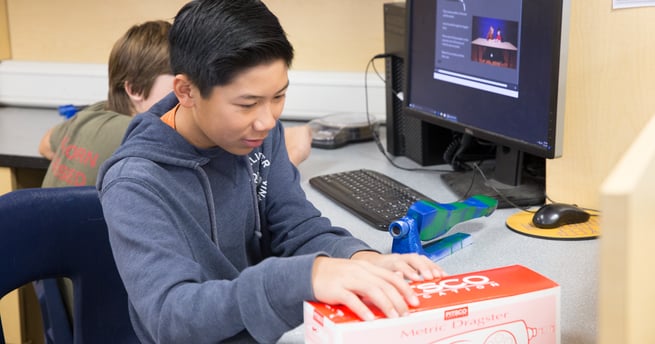 PYL Director of Innovation and Technology Cary Johnson said one of his primary aims is to increase participation in career and technical education, so the Southern California district’s game plan is working. Even better, enrollment among females in the Pitsco labs is increasing. At Tuffree Middle School, the number of females in STEM has doubled this year.

“We have some very very very talented young ladies, and sometimes we misdirect them by sending them to other classes rather than directing them to engineering,” said Tuffree Pitsco Lab Facilitator Robert McLeish. “Some of my best students this year in Rolling Robots with all the gears and mechanics are my young ladies, who are getting labeled gearheads because they’re doing so well in this program.”

Johnson says the 21st-century skills students employ daily in the Expeditions, such as problem-solving, critical thinking, and collaboration, will position them to handle whatever challenges the future poses.

Although they were happy with the Pitsco STEM Modules, PYLUSD officials knew it was time to take the next step, so two of the six middle schools – Travis Ranch and Tuffree – were outfitted to pilot test the STEM Expeditions in 2016-17. Chapluk and McLeish put the program through its paces and quickly discovered more room for student creativity and increased opportunities to problem-solve – all within timely and engaging career contexts.

“I said, ‘This is great! Definitely, we should roll it out to the other middle schools,’” Chapluk said. “I was very excited about the innovation. I feel like the Modules were more scripted and followed a recipe – do this and do this. And there wasn’t as much innovation or creativity. [Expeditions] are exactly what they should be. They are what NGSS is all about. There’s not any one answer per se. There’s more than one way to reach a solution.”

Be Patient Transitioning from Modules

McLeish had spent 15 years facilitating Modules before he was asked to pilot test the Expeditions program. This switch to a new framework, new content, and a focus on the engineering design process required a shifting of mental gears.

“When Expeditions came in, I forgot that you have to give it time to make it a part of your program,” he said, adding that the way students embraced the new program and the chance to create their own solutions to problems was all the evidence he needed to see. “The kids love the creativity that is involved with it. They make improvements in all the Expeditions, so it’s always fun to see how they do that and the creativity that’s involved.” 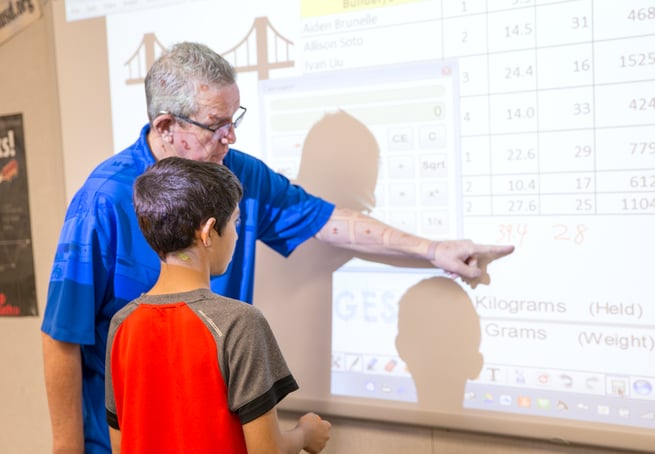 Yorba Linda Middle School Teacher Matt Homstad, meanwhile, explained that the transition from Modules to Expeditions was easier than the learning curve he had faced previously. “I felt a little overwhelmed in the beginning of the Modules a couple years ago when I first came in. That was definitely a lot harder than the transition to Expeditions.”

If you are a teacher or an administrator facing a crossroads similar to what PYLUSD encountered a couple of years ago, you have a choice to make. Which set of reasons will guide your decision?

Read more about PYLUSD’s switch to STEM Expeditions and see comments from students who have experienced both Modules and Expeditions.