Have you ever wondered what it takes to light up the sky on the Fourth of July? What makes a display spectacular? There are logistics, technology, and safety, plus the perfect playlist and, last but not least, the fireworks themselves. Sounds like a pretty good mash-up of STEAM in the real world. But it’s no wonder that most of us leave the BIG displays to the professionals.

When fireworks were created in China around 1,000 years ago, they were all bang and thought to scare away evil spirits. But it was Italians who developed aerial shells and added bits of metal to the gunpowder to create gold and silver sparks and eventually they added metal salts to create other colors (APA History).

Since then, chemists, artists, and firebugs have taken it to another level by finding new shapes and colors to dazzle spectators. They do this by packing small tubes with gunpowder and other explosive chemicals. After adding a fuse and a bursting charge, the shell looks like a really big firecracker (How Stuff Works).

Before the aerial shell explodes, it’s propelled into the sky like a rocket by an initial blast. The length of the fuse dictates how high in the sky the shell gets before igniting. Then it’s up to the chemicals inside to do their job and produce the beautiful colors.

An oxidizing agent, fuel, colorant, and binder make up those stunning bright sparkles falling back to the earth in different shapes, called stars. It’s all about the construction of the shell and where the stars are placed that define what shapes are formed. Unexpectedly, cardboard is used to help push the stars into form by causing an outward explosion (How Stuff Works).

Nowadays, options for aerial pyrotechnics include the brocade crown, chrysanthemum, crackle, coconut, dalia, falling leaves, heart, ring, spiral, snow flakes, strobe, and willow to name a few (Jake’s Fireworks). And each appears in an array of colors, which leads us back to metal salts.

Can you guess which metal salts produce which colors? It’s a fun exercise, and most outcomes are unexpected. The ones I was most surprised by are copper appears blue and calcium appears orange. Iron is interesting too; the heat of the metal when it burns determines the color. And there are other chemicals that can intensify the color, make the stars more brilliant, and create smoke effects (Thought Co.).

Professionals can ensure the display goes off with a bang, and music can be an important element in doing so. Does the mood of the song match the event? Does it build momentum? Are there highs and lows for variety? If you think back to the Fourth of July events you’ve been to, you might remember some of the most popular songs, such as “Proud to Be an American” by Lee Greenwood. The music can add a strong emotional connection to the show. But what is music without the exciting lights (Titanium Fireworks)? 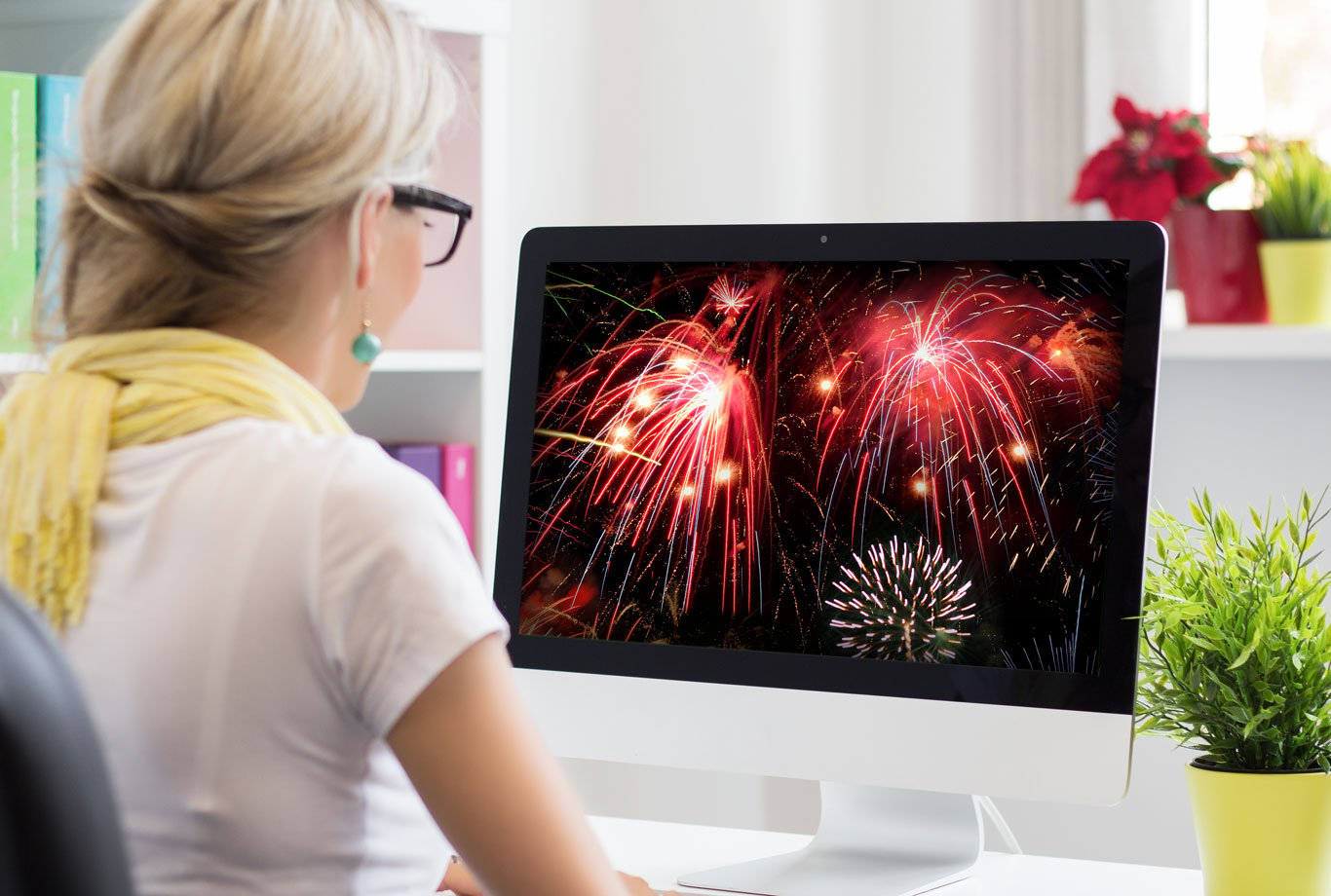 Pulling It All Together

Now, to add technology. You’ve chosen your music, backdrop, and fireworks. Put them all together using software to mimic what you can expect to see the night of the show. Some software include a 3-D view so you can consider different perspectives. This takes away a lot of the guesswork of bringing everything together and enables you to fine-tune the final logistics to ensure the best show possible. Software for fireworks commonly export files that can be used directly by the firing systems. Firing systems increase the safety of shows and are now the norm. They also help keep the timing on track for the synchronized music (PC World).

The common spectator oohs and aahs at the dazzling light shows around the world, but how much thought is given to the logistics of making it all happen? It’s really a testament to STEAM, considering the chemistry, software, construction, artistry, and calculations needed to make a successful display. And what a fun way to learn!

So, find your nearest fireworks display, map out the best place to watch from, sit back, and enjoy the show. Here’s wishing you a happy and safe Fourth of July!

Sources:
“Synchronizing fireworks with music . . .”
“How do fireworks explode in specific shapes?”
“Elements in Fireworks”
“The Pyro-Technology Behind Those Fireworks”
“Fireworks Types and Definitions”
“The History of Fireworks”

Anyone that knows me well knows I love to ask questions and get excited about learning. So, it’s been awesome throughout the last 13+ years with Pitsco to have so many opportunities to ask educators questions online and in their classrooms and learn from them. But, I have to say, my favorite part is witnessing the students’ “aha!” moments using the hands-on approach. Being a crafter – I’d love to be on "Flea Market Flip!" – I can relate. Now, if there were just a few more hours in the day for my digital projects, gardening, beekeeping, running, and what I call puppy time!