“It’s not my problem. It’s somebody else’s problem.”

We are all guilty at times of waiting for the experts, the officials, the duly sanctioned to tackle problems that are outside our wheelhouse. However, there are also moments when a great purpose inspires a great accomplishment from an unlikely source.

Michael Mancini, an English teacher at Wendell Phillips Academy High School in the Bronzeville neighborhood on Chicago’s south side, is lacing up his first-ever pair of running shoes to run a marathon and raise money to bring STEM to his school. You read that right, an English teacher is running 26.2 miles to bring science, technology, engineering, and math skills to students.

A voracious reader on the topics of history, society, and technology, Mancini has often come across writing on the changing economy. One book that struck a chord was The Innovators by Walter Isaacson. The book begins with Ada Lovelace (often noted as the world’s first computer programmer) and spotlights influential innovators up through Steve Jobs and Bill Gates. Each era’s innovators advanced the current paradigm by building on the works of the past.

It struck Mancini that when it came to technology, that is exactly what his students had not been equipped to do. Wendell Phillips’s staff is passionate about the school’s mission to empower students to create positive change in their lives, their communities, and the world. However, the school has simply not had funding for a technology program. No robotics, no computer science, no coding, no STEM. “The writing is on the wall, yet my kids are not prepared for it,” Mancini said. “We really need to give our kids the opportunity to be part of the next economy.” 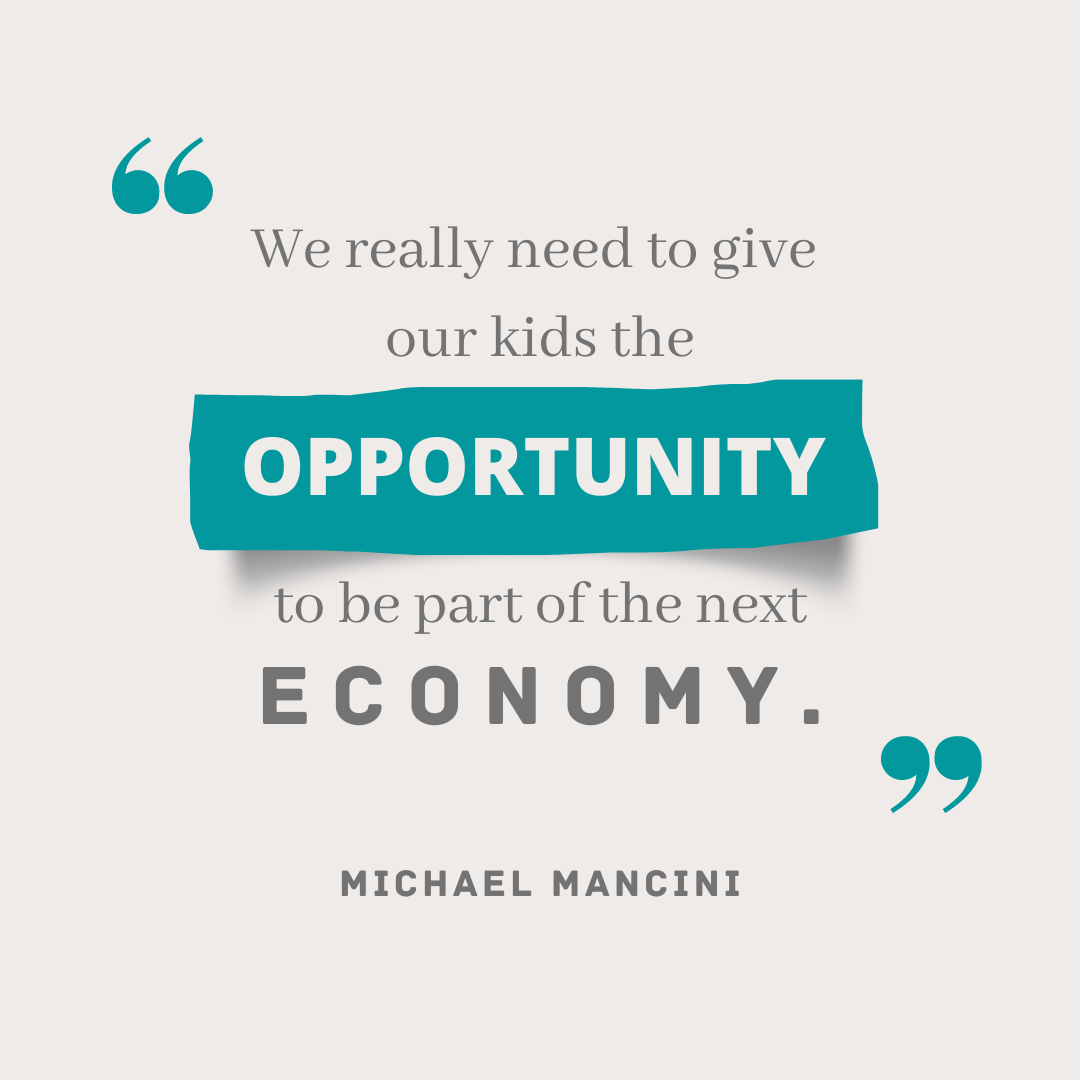 These concerns had been circulating in Mancini’s mind for a while when an enterprising friend shared that he was leading clients on a physical fitness and inspirational journey. Mancini reflected, “It made me ask myself, ‘What have I done that could be construed as inspirational?’” The thought of a physical fitness journey linked in his mind to the need for technology education.

A Boston native, Mancini’s first thought was to run the famous marathon there. However, when it was canceled due to COVID, Mancini’s wife asked him why not simply mark out a marathon route in the school’s neighborhood and keep it all in the community? He could solicit contributions from local businesses and even run by their doors on the big day. As soon as she said this, Mancini knew it was meant to be.

One Step at a Time

Mancini first sought permission from his administration and received a very approving endorsement. After discussions at this level and consultations with STEM teachers in the greater Chicago area, the fundraising goal was set at $250,000 and the marathon date set for May 15, 2021. The crowdfunding site GoFundMe was chosen as an easy way for investors in the planned STEM program to contribute.

Mancini began hitting the pavement, making the case for STEM to business owners in his neighborhood. And local business owners were inspired by his vision and his enthusiasm. He also has sought and won education grants from sources such as Pitsco Education. Pitsco also sent a STEM sampler of 10 rocket kits and a voucher to be spent in the fall semester. Mancini has raised several thousand dollars in contributions, yet the campaign is still reaching toward its goal. 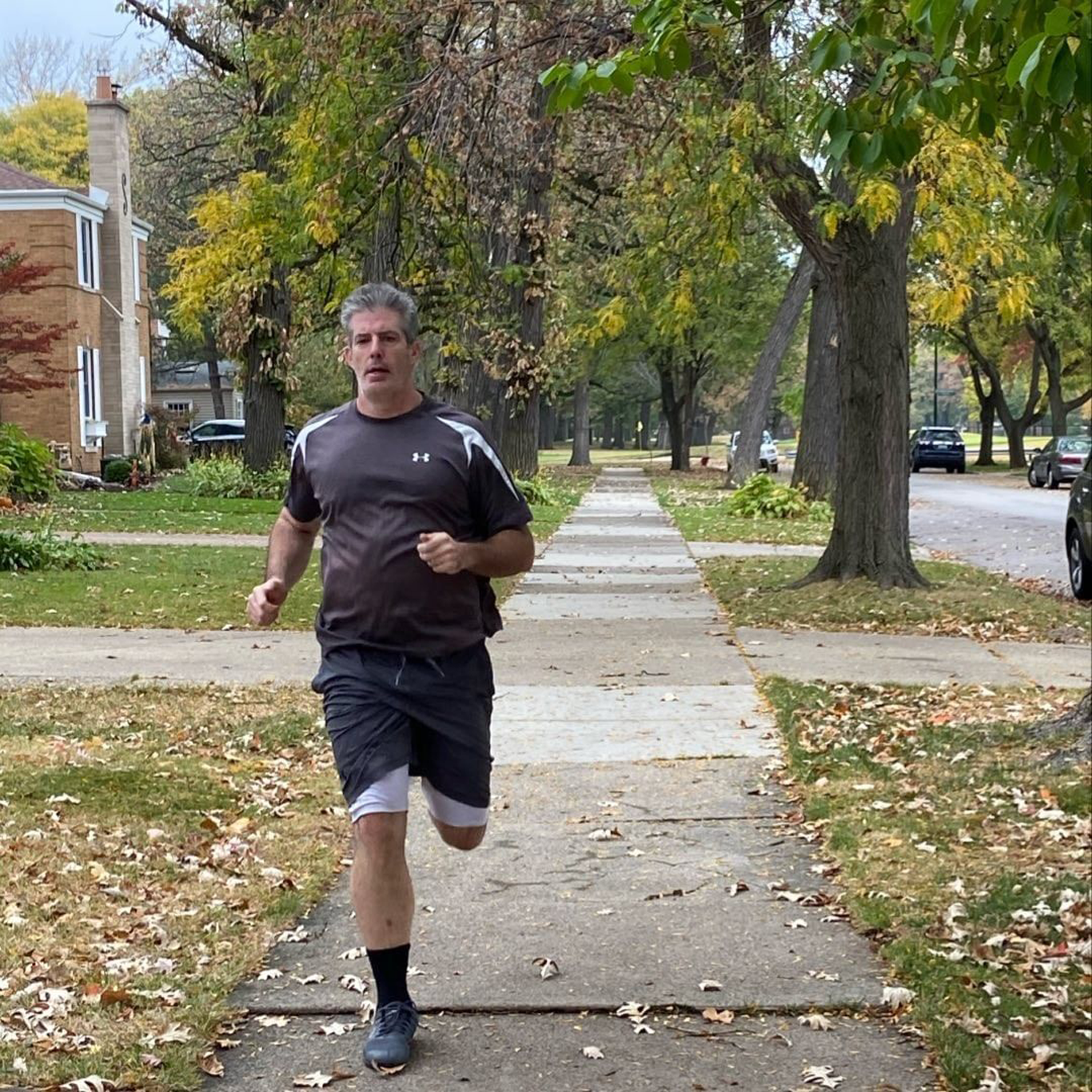 An English teacher, even one with a zeal for giving students a brighter future, doesn’t necessarily have the expertise to design a STEM education program. That is why, after the target is reached, the first stage in the plan is to hire a qualified STEM teacher. The teacher will become the designer of the new program, guided by the question, “What is the best way to prepare kids for the new economy?” After the hiring process, the remaining money will go into the program itself, purchasing curricula, robotics, and other products.

For now, Mancini is focused on raising funds and getting in shape to run the marathon. Though he is no stranger to athletics (being a football coach and weightlifter), by his own admission he knew next to nothing about running before this. He started running regularly and, as of the writing of this article, is up to 10 miles.

“I’m a bit of a dreamer,” said Mancini. “I always have been. In my head, I know that Phillips Academy – in a high-poverty, urban neighborhood on the south side of Chicago – I know we aren’t the only school like us in Chicago. If it works here, maybe it can work in other schools that are neglected.”

You can contribute to the campaign to bring STEM to Wendell Phillips at this GoFundMe: 26.2 Miles for the Future of Phillips.

Stay updated on Mancini’s progress by following his Instagram @MikeRunsForPhillips.

“If you go back in time, the Bronzeville neighborhood was second only to Harlem in terms of culture, artistry, writing. If you think about Wendell Phillips High School and the people who have walked these halls – Nat King Cole, Gwendolyn Brooks, Sam Cooke – the list goes on and on, it is pretty impressive,” said English teacher Michael Mancini. 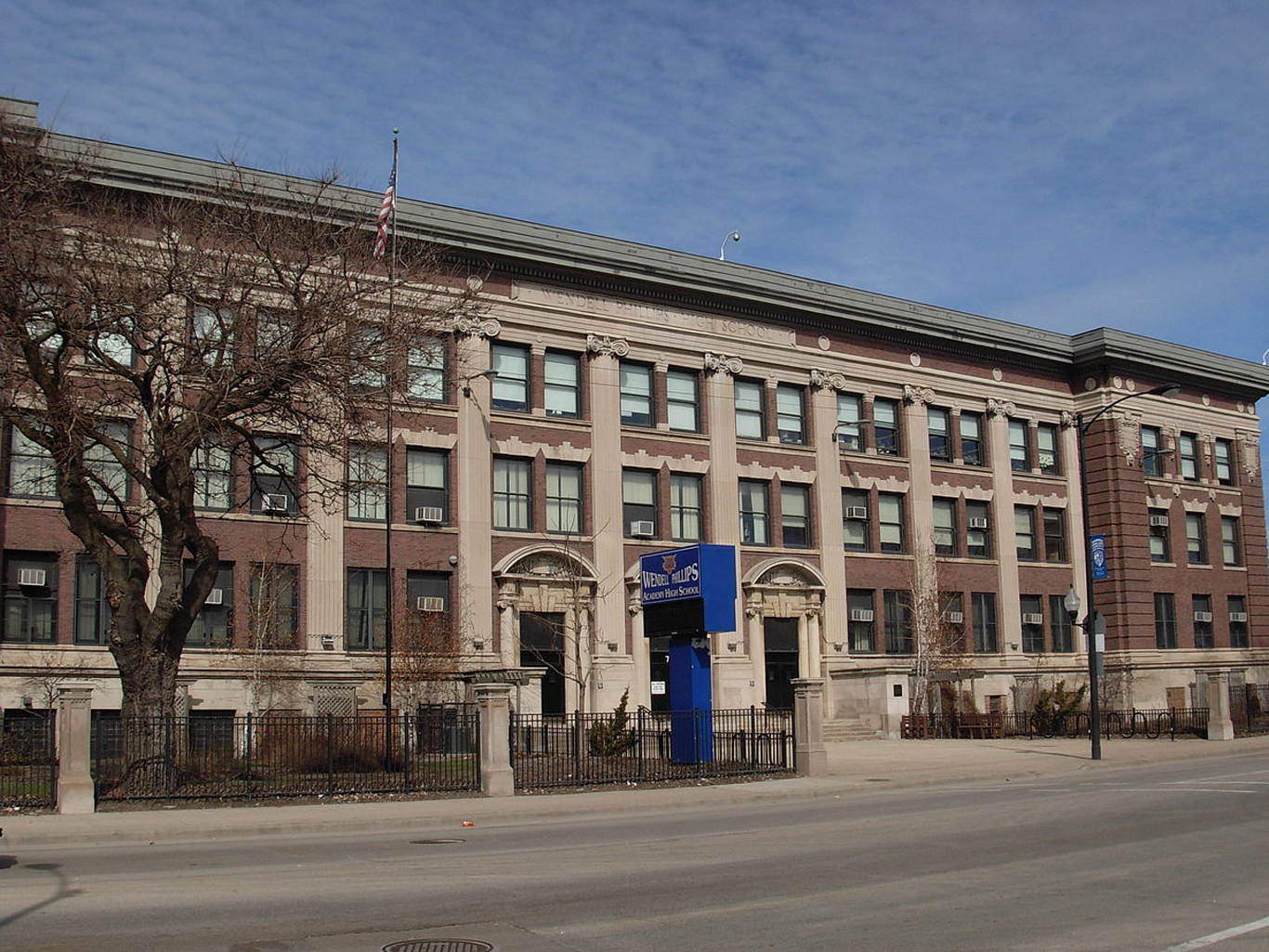 have focused on restoring the school’s status as a beacon in its high-poverty neighborhood. Academics and athletics (Mancini is a coach for the school’s highly successful football team) have given many students a lease on the future. But Mancini is pushing to close the gap on crucial 21st-century skills such as coding and robotics by bringing STEM to the school.

“You can see the changes automation is bringing,” said Mancini. “Automated cars, automated trucking, automated warehouses at Amazon. My father used to work at a GM factory. Now, a lot of those jobs are automated. Back in the day, factories used to employ thousands of people. Now it’s hundreds, and those that are there aren’t there to make the products but to maintain the robots making the products.”

Mancini said that from his experience most students don’t understand this reality. But he wants to change that, and he wants them to be prepared.

“If you aren’t able to adapt, you can get run over, and that can destroy families. I don’t want that to happen. I want them to be prepared for the inevitability of what is coming.” 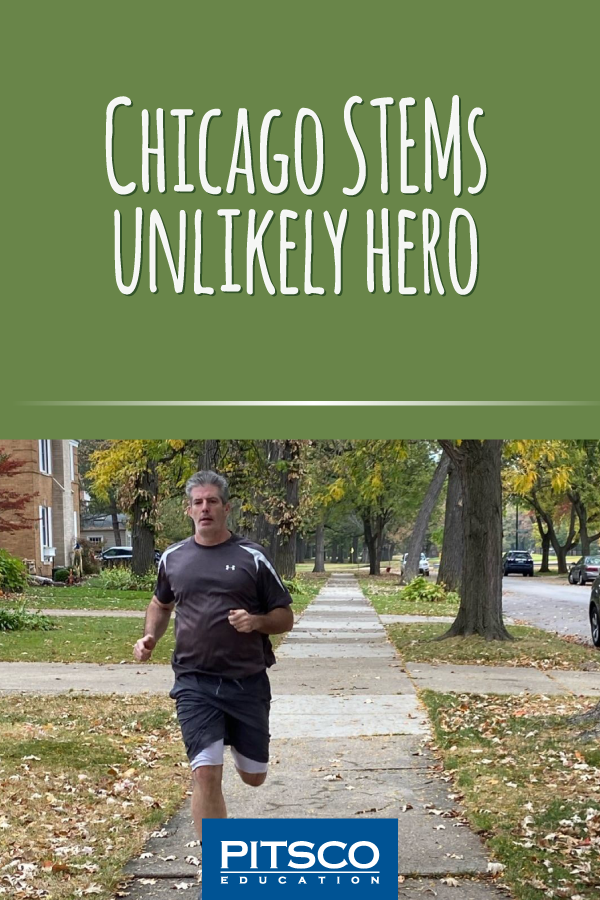 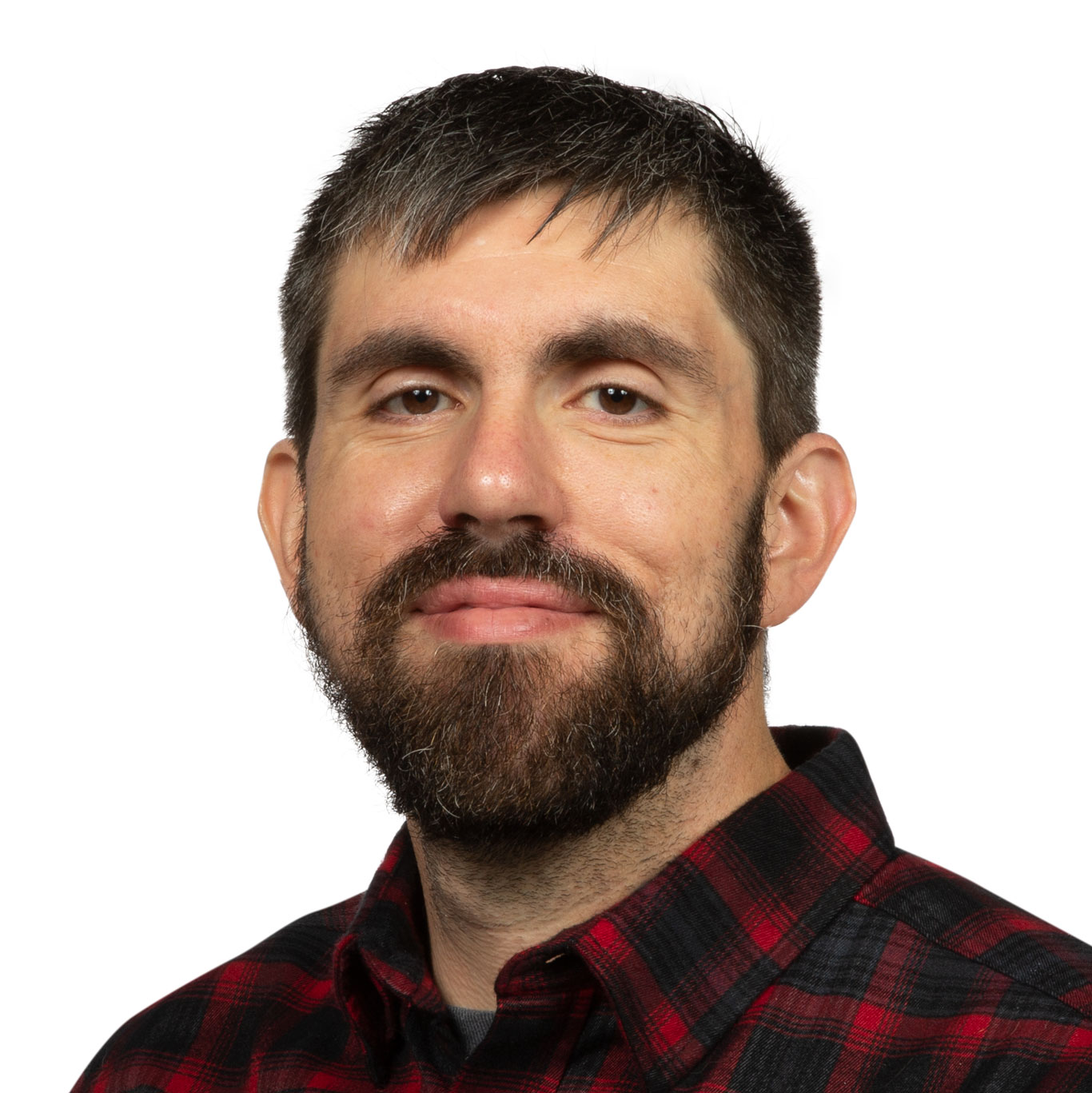 As a marketing communications specialist at Pitsco, my job is to learn about interesting developments in the world of education and STEM and to bring those stories to you. Everywhere you look in life there are incredible stories. This is something I learned during a childhood spent exploring the woods with a magnifying glass. It’s great to work for a company that prizes learning, imagination, and exploration.